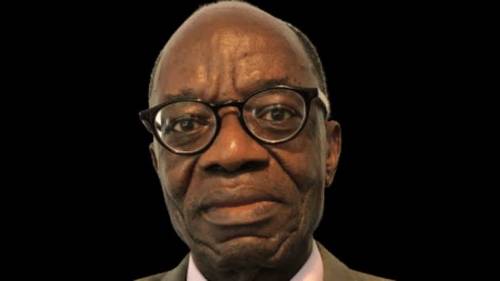 It is sad that, as we gather here today, we are forced to speak of the good works of Ambassador Ejeviome Eloho Otobo in the past tense! Inasmuch as we at Prime Business Africa agree that this is what mother nature obligatorily does to all mortals, Amb. Eloho’s case still remains a hard pill to swallow.

It is even more difficult for me on a personal level, considering the special and professional moments I shared with him during six (6) of my 16 long years as editor of The Guardian Nigeria, and later as CEO and publisher/editor. -Head of Newstide Publications Limited, publishers of Prime Business Africa (PBA), where, until his death in June 2022, Eloho was a member of the board of directors.

In making these brief comments today, it is indeed appropriate for me to re-align myself with the age-old truism that resonates in the words of Francis Bacon, an English philosopher and statesman who served as Attorney General and Lord Chancellor of England and whose work is seen as contributing to the scientific method and remaining influential through the latter stages of the scientific revolution: “If a man begins with certainties he will end with doubts, but if he happy to start with doubts, it will end with certainties,” Bacon said.

Indeed, ‘Prof’, as I affectionately called him, lived those words ‘Bacon’ in his personal and professional life. His solution to every work challenge started with a question, and in an instant, “Prof” would have come up with solutions. As a diplomat, he was an extraordinary communicator, an avid researcher, a compelling writer, an eagle-eyed editor, and an eloquent speaker.

The ‘Prof’ was above all an expert in human relations. His attention to detail was legendary! Ambassador Otobo never left anything to chance; and the certain indelible marks he left on the lives of his wife, children, colleagues and friends through quality relationships and hard work are all evident in the breathtaking testimonials that followed his disappearance.

Just 24 hours ago – precisely on Thursday August 11, the board and management of our company over there in Nigeria held a virtual symposium to honor this great Nigerian diplomat, and we had quite a few authentic testimonials of his friend-turned-brother Ambassador Oseloka Obaze and his other fellow diplomats, including Ambassadors Joe Keshi and Akpata, among many others who were all livid with kind words about Eloho Otobo’s life well lived for the glory of God and the good of mankind.

“The Africa of Ambassador Eloho Otobo’s Dream” – the theme of this “Tribute Thursday” speaks volumes about what the man in whose honor we are all gathered here in New York represented. He was indeed an expert in African diplomacy, trade and political governance.

Nigerian presidential spokesman, Laolu Akande, who at the time was the Guardian’s correspondent here in New York when I ran the news desk for the weekend (Sunday) headline of the newspaper, also spoke enthusiastically about his personal experience with Ambassador Otobo as a diplomat in the United States. Permanent Mission of the United Nations.

Hon. Abike Dabiri-Erewa, Chairman and CEO of Nigerians in Diaspora Commission (NIDCOM) also had tons of kind words for Otobo: “I have heard so much about him and tried so hard to meet this wonderful man, but I was not able to meet him personally before his death,” Abike-Dabiri said at the Prime Business Africa colloquium for Otobo on Thursday evening.

The late Otobo’s son, Oheri, would confess that the PBA colloquium made him “know my father beyond just being my beloved father. Thank you Prime Business Africa.

Again, how sad for us as humans to say goodbye to a good man! However, for ‘Prof’, it’s nunc dimitis! At 70, he died a righteous man, having also reached the biblical benchmark for righteous living.

As I cannot physically be here in New York due to circumstances beyond my control, I have asked Reverend Father Vitus Mbamalu, my blood brother and Catholic priest also here in New York, to represent me and express our condolences to Otobo’s wife, Esther, his son Oheri and his siblings.

As I said earlier, Prime Business Africa, a Nigeria-based Africa-focused newspaper, where Ambassador Eloho Otobo was until his death a member of the company and of the editorial board, also addresses its sincere condolences to the parish priest and to the church where he worshiped God for many years of his life.

Again, let me record the fact that I met Amb. Otobo when I was working with The Guardian Nigeria as editor after doing a three part review of one of his three books on Africa – Africa in Transition – in 2017. He then became more of a older brother than a friend. He was such a wonderful soul…a diligent and selfless professional, always supportive and willing to provide answers to difficult issues without expectation of reward.

His attention span was legendary. This explains why I had no problem inviting him to the board of Newstide Publications Limited as director and to the editorial board of Prime Business Africa, the online journal inherited from the stable of Newstide, in as a member. As expected, Ambassador Otobo acquitted himself honorable among the other board members, always going the extra mile to add real value. We miss him so much at Prime Business Africa.

He single-handedly delivered our series of PBA policy briefs on key governance issues and solutions in Nigeria and the rest of Africa. He will be greatly missed in this regard as well.

Without a doubt, Eloho was a heart of love and compassion for others. He had a special place in his heart for those who espouse excellence. This is why Prime Business Africa has publicly declared its support for the decision of a group of diplomats who were its colleagues and friends to establish an annual academic award – the Ambassador Eloho Otobo Academic Excellence Award – at the prestigious University of Lagos (Unilag).

We call on all well-meaning Nigerians and Africans to join in this attempt to immortalize a man, whose selfless service to the country, continent and humanity is remarkable to say the least, by contributing to this fund and other other well-intentioned programs of Ambassador Eloho. honor.

His love of excellence, as reflected in his contributions to Prime Business Africa, the media company I represent, is once again exemplary.

On behalf of the Board of Directors and Management of Prime Business Africa, I therefore wish Ambassador Eloho Otobo a friendly and peaceful eternal rest. And to his beautiful wife Esther and his wonderful children whom he loved so much, I say: “Your hero lives; do not Cry.”