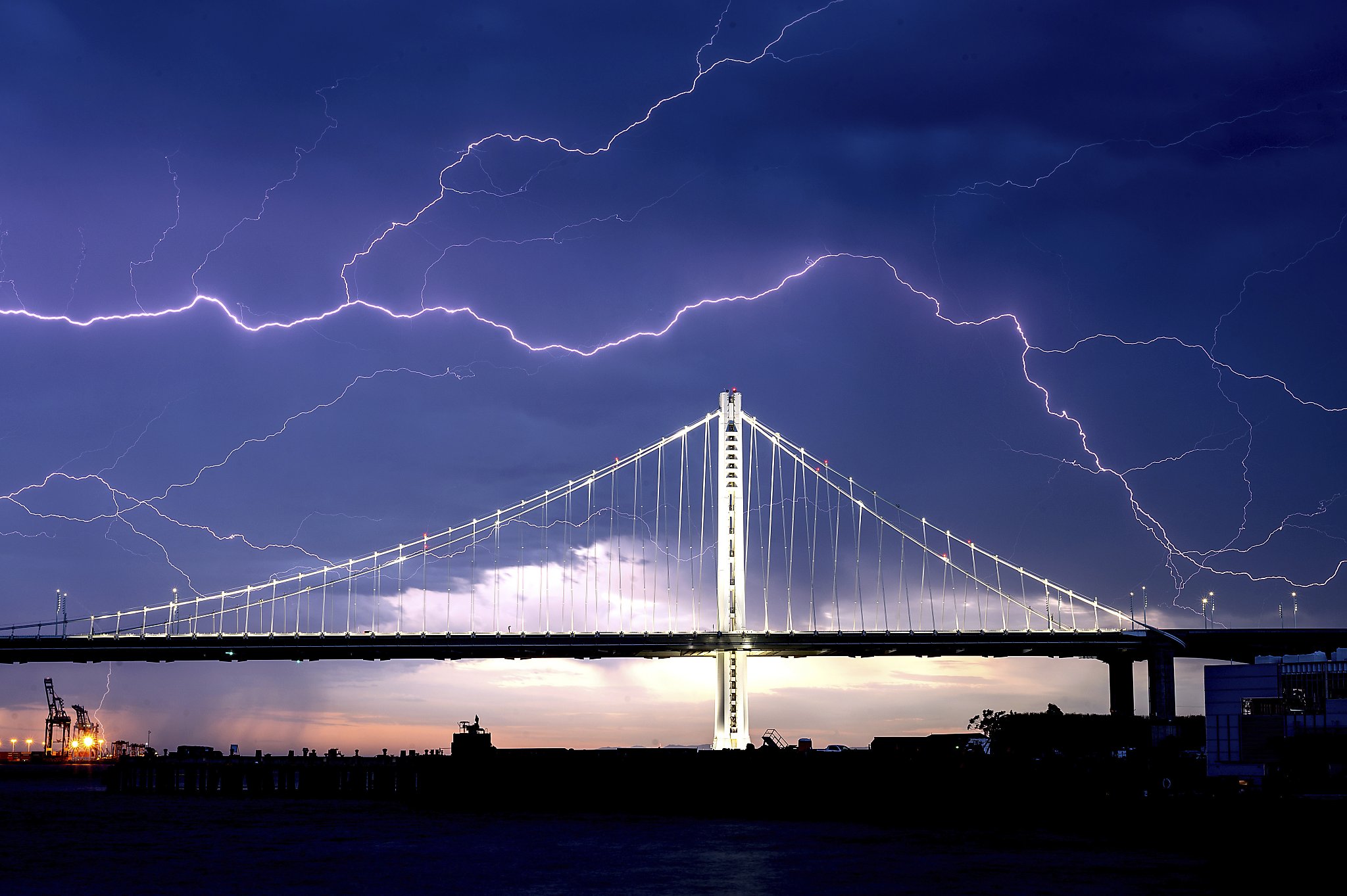 Forecasters in the San Francisco Bay Area warned of the possibility of dry lightning Tuesday night and Wednesday morning amid a spell of warm weather.

⚠Updated afternoon forecast – Sufficient moisture and lift will be present late tonight through early Wednesday for a slight chance of showers and thunderstorms. 🌩 Some thunderstorms could lead to dry lightning. This is a low trust, high impact situation. #cawx #coffee pic.twitter.com/J76d5JSj83

While the risk of thunderstorms is low at 15%, weather service meteorologist Crystal Oudit told SFGATE the stakes are high in hot weather and dry summer conditions.

“Even though it is a low probability, it is a high impact situation as a strike could cause a forest fire,” Oudit said over the phone.

Oudit said central California, including Monterey and San Benito counties, would see a chance of thunderstorms Tuesday evening, while the Bay Area would be more likely to be hit early Wednesday morning.

The weather update marked a shift in the forecast, as meteorologists this morning said weather patterns showed there was no chance of thunderstorms developing over the San Francisco Bay Area. Forecasters said if a stray thunderstorm forms, it will occur over the Pacific Ocean. It is not uncommon for forecasts to shift and change.

The thunderstorm warning comes on the same day that two years ago saw a barrage of lightning across northern California that triggered hundreds wildfires in northern California, including the SCU, LNU and CZU Lightning Complex fires in the Bay Area.

The weather service said it was not issuing a red flag warning today of a severe fire risk because the risk of lightning is so low.

The even bigger weather story today is the heat, as inland areas of the Bay Area soar into the triple digits with a ridge of high pressure across the region. From 3:30 p.m., Oakland has been 87, Santa Rosa 97, Livermore 105, Concord 102 and Vacaville 106.