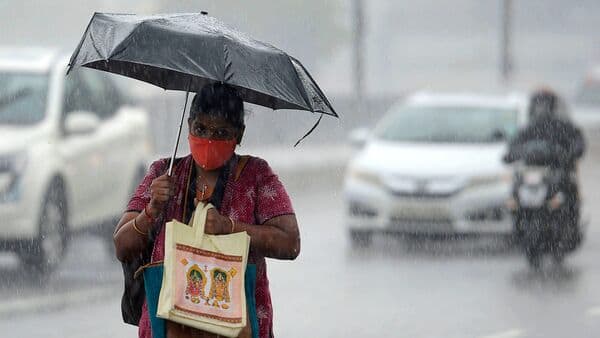 India’s meteorological department said Delhi is expected to witness light rain and thunderstorms today, just as the nation’s capital’s maximum temperature on Wednesday stood at 38.6 degrees Celsius, two notches above the average for the season. Delhi woke up to a hot and humid morning as the minimum temperature was two notches above normal, while the meteorological office forecast light rain during the day.

An Indian Meteorological Department (IMD) official said PTI, “There will be mostly cloudy skies with the possibility of light rain and thunderstorms in isolated locations. The city’s maximum and minimum temperatures will hover around 36 degrees Celsius and 28 degrees Celsius respectively.”

While the minimum temperature was 29.4 degrees Celsius on Wednesday, the relative humidity at 5:30 p.m. was 52%, the weather bureau said. On Tuesday, the maximum temperature in the city was 37.9 degrees Celsius, a notch above normal. The IMD official said no color-coded alert was issued for rain on Thursday. The weather bureau previously issued an “orange” alert for Wednesday, warning of moderate to heavy rain or thunderstorms.

Meanwhile, given the Indian Meteorological Department (IMD) ‘orange’ alert for heavy rains, authorities said elaborate provisions such as constant monitoring of critical spots, reinforcement of drains, installation of pumps and the digging of recharge pits have been taken to ensure that there is no congestion of the roads of the city.

The Delhi government has installed CCTV cameras in an effort to provide constant surveillance of critical waterlogging points in the city during the monsoon season. According to Public Works Department (PWD) officials, there will be round-the-clock monitoring of critical bottlenecks as the CCTV feed will be sent to the PWD control room and necessary instructions will be given to staff on the ground to tackle the situation.

* Thank you for subscribing to our newsletter.