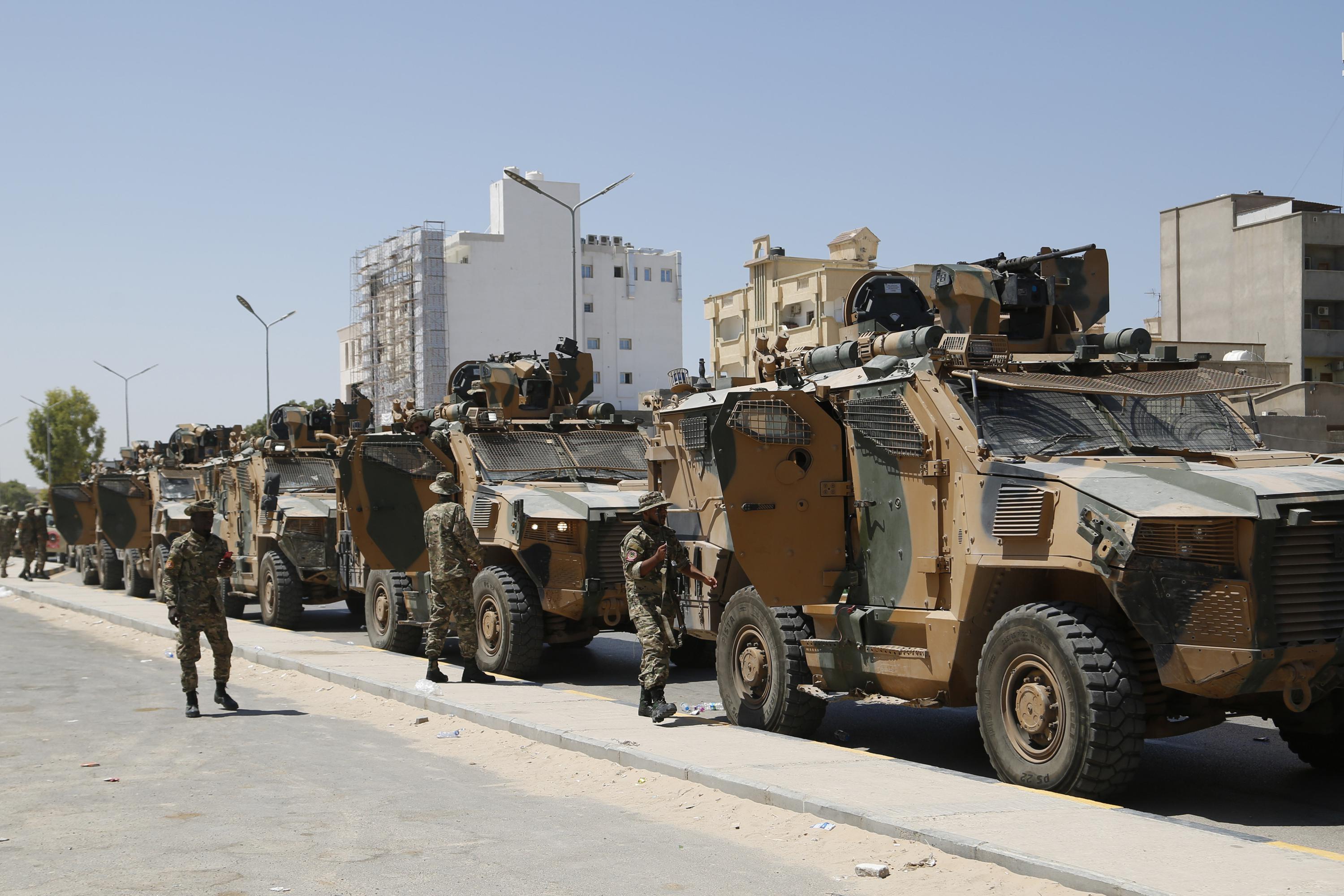 CAIRO (AP) — Deadly clashes erupted in the Libyan capital on Saturday between militias backed by its two rival administrations, hinting at a return to violence amid a long political stalemate.

At least 13 civilians were killed and more than 95 injured, the health ministry said. He added that 64 families had been evacuated from areas around the fighting.

The escalation threatens to shatter the relative calm that Libya has enjoyed for most of the past two years. The oil-rich nation descended into chaos following a NATO-backed uprising that toppled and killed longtime autocrat Muammar Gaddafi in 2011.

Among the victims was Mustafa Baraka, a comedian known for his social media videos mocking militias and corruption. Baraka died after being shot in the chest, according to Malek Merset, a spokesman for the emergency services.

Merset said emergency services were still trying to evacuate the wounded and civilians trapped in the fighting which broke out overnight and continued on Saturday.

The health ministry said in a statement that hospitals and medical centers in the capital were bombed and ambulance teams were not allowed to evacuate civilians, in acts that “constitute crimes of war”.

The Tripoli City Council blamed the ruling political class for the deteriorating situation in the capital and urged the international community to “protect civilians in Libya”.

The violence has caused widespread panic among Tripoli residents. Footage leaked online showed houses, government facilities and vehicles apparently damaged in the fighting. Other images showed militia forces spreading out and heavy fire being exchanged in the night sky.

The UN mission in Libya said the fighting involved “medium and heavy indiscriminate shelling of civilian-populated neighborhoods” in Tripoli.

The mission called for an immediate ceasefire and for all parties in Libya to “refrain from using any form of hate speech and incitement to violence”.

The clashes pitted the Tripoli Revolutionaries Brigade militia, led by Haitham Tajouri, against another militia allied with Abdel-Ghani al-Kikli, an infamous warlord known as “Gheniwa”. according to local media.

The Tripoli-based government of Prime Minister Abdul Hamid Dbeibah claimed the clashes erupted when one militia fired on another.

The fighting, however, is most likely part of the ongoing power struggle between Dbeibah and his rival, Prime Minister Fathy Bashagha, who operates from the coastal city of Sirte.

Dbeibah and Bashagha are both backed by militias, and the latter has mobilized in recent weeks to try to enter Tripoli in order to dislodge its rival.

An attempt in May by Bashagha to install his government in Tripoli sparked clashes that ended in his withdrawal from the capital.

US Ambassador to Libya Richard Norland urged de-escalation “before things get worse” and Libyan parties to agree on an early date for elections.