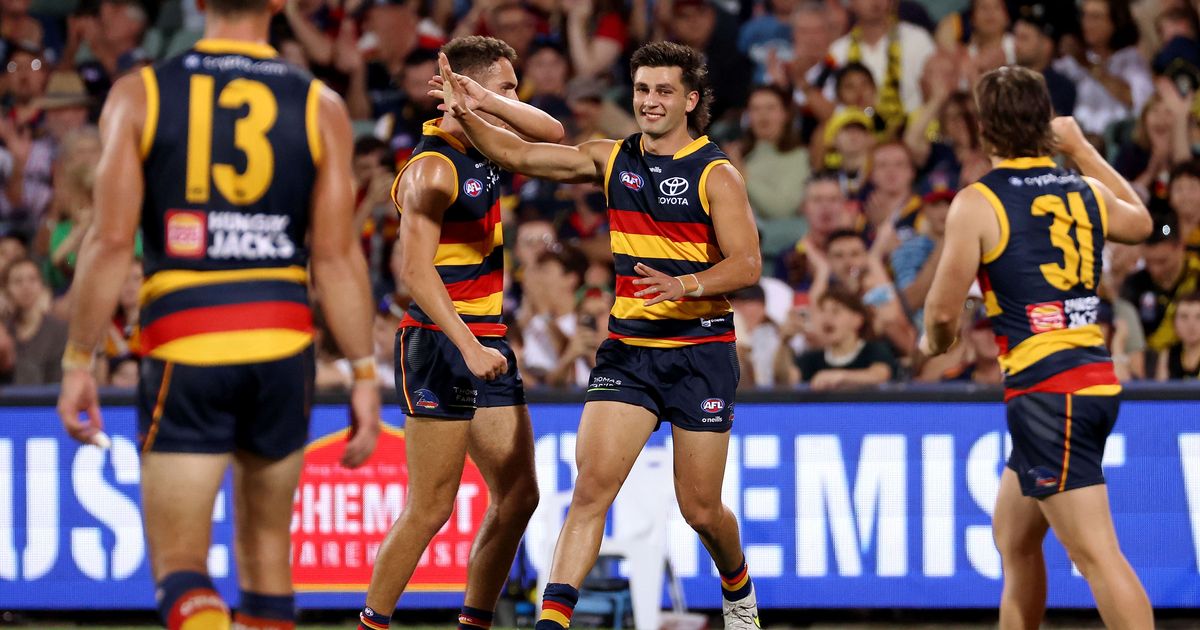 Adelaide picked up 19 points over Easter weekend against Richmond at Adelaide Oval.

Walker scored four goals in a dominating first half as the Crows joined Richmond with two wins in five games this season.

And Crows defensemen Brodie Smith (28 possessions) and Tom Doedee (22 assignments) were also instrumental in the victory.

Richmond hit the front in the third quarter but couldn’t capitalize, with former skipper Trent Cotchin standing out with 24 possessions.

Adelaide led by 24 points 21 minutes into the second term.

But Evergreen Tigers Cotchin and Riewoldt scored vital late goals to keep the visitors in touch, before Walker’s first half ended with a slam on goal that missed.

The Crows led 9.4 to 6.3 at halftime and their advantage swelled to 25 points early in the third term when a Himmelberg shot was cleared after a review.

But then Richmond rallied: in around seven minutes they scored four consecutive goals to take the lead.

The Tigers’ burst was sparked by veterans, Shane Edwards and Riewoldt scoring one each and Baker scoring two.

Still, the visitors were only able to retain the lead briefly, with the Crows responding with three unanswered majors, including a snap from Walker and another from Himmelberg.

And the hosts’ impressive first-year forward Josh Rachele increased the margin to 21 points with a goal four minutes into the final quarter.

A 15-minute scoreless spell followed, including Crows skipper Rory Sloane limping off with a leg injury, before Rachele returned to center stage, netting a set-piece to put the Crows 31 points up. forward and out of danger.