Coronavirus: What’s Happening in Canada and Around the World on Saturday 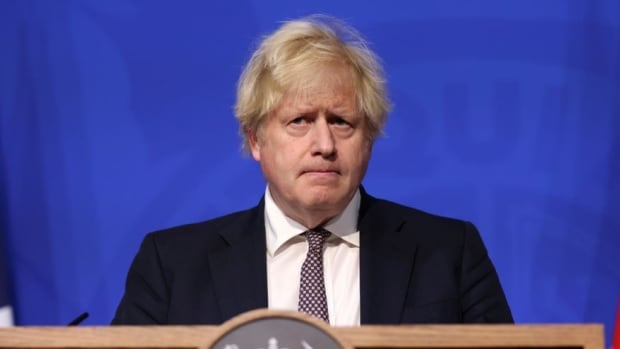 In EuropeBritish Prime Minister Boris Johnson said on Saturday that it was necessary to take “targeted and precautionary action” after two people in the UK tested positive for a newly discovered variant of the coronavirus.

He told a press conference that the new rules will be reviewed in three weeks, when scientists know more about the variant, known as the omicron. It was first detected in South Africa and reported to the World Health Organization last week.

Johnson said anyone arriving in England will be asked to take a mandatory PCR test for COVID-19 on day two and will have to self-isolate until they provide a negative test. And if a person tests positive for the omicron variant, their close contacts will need to self-isolate for 10 days, regardless of their vaccination status.

He also said that wearing the mask in shops and on public transport will be mandatory and that the vaccination program will be accelerated, without providing specific details.

WATCH | Europe is fighting to limit travel on the omicron variant:

Europe is fighting to limit travel on the omicron variant

European countries were among the first to ban flights from southern Africa after the discovery of the omicron variant. The measures have been criticized by South African government officials who call them premature. 2:47

“At the moment, this is the responsible course of action to slow down the seeding and spread of this new variant and to maximize our defenses,” he said. “From today, we will be boosting the recall campaign.”

One of the two new cases was found in the town of Brentwood in the south-east of England, while the other is in the central city of Nottingham. The two cases are linked and involve travel from southern Africa. The two confirmed cases are self-isolating, alongside their households, while contact tracing and targeted testing takes place.

The UK government has also added four more countries – Angola, Malawi, Mozambique and Zambia – to the country’s travel red list from Sunday. Six more – Botswana, Eswatini (formerly known as Swaziland), Lesotho, Namibia, South Africa and Zimbabwe – were added on Friday. This means that anyone allowed to arrive from these destinations will have to self-quarantine.

Many countries have placed restrictions on various countries in southern Africa in the past two days, including Canada, the United States, Australia, Brazil, the European Union, Iran, Japan and the Thailand, in response to concerns that the variant has the potential to be more transmissible.

WATCH | What we know about the omicron variant:

What do we know about the omicron variant

The World Health Organization has declared a new variant of concern called omicron, first identified in South Africa. Scientists say there are a large number of mutations in the omicron variant, which means it could be more infectious and cause more serious disease. 3:00

Despite the flight ban, there is growing concern that the variant has already been widely used around the world. Besides the UK, cases have been reported in travelers to Belgium, Israel and Hong Kong.

Germany also said it suspected a positive case via a traveler returning from South Africa, and Dutch authorities were testing whether 61 people who arrived on two flights from South Africa with COVID-19 had the omicron variant. . Czech health officials said they were examining a suspected variant case in a person who spent time in Namibia.

The WHO has called omicron a variant of concern because of its high number of mutations and some early evidence that it may carry a higher degree of infection than the other variants.

1/2 # COVID19 main concerns 🇨🇦: Nationally, the number of daily cases is slowly increasing, so we must be very careful to avoid rapid acceleration. Emergence of #Omicron, a new #VariantOfConcern, reinforces the need for caution. https://t.co/UQTuNlUW4o

As of Saturday, more than 260.9 million cases of COVID-19 had been reported worldwide, according to the Johns Hopkins University Coronavirus Database. The death toll worldwide was over 5.1 million.

PHOTOS | France is considering more autonomy for Martinique and Guadeloupe amid the COVID-19 riots:

In the Americas, France postponed the implementation of a vaccination mandate for health workers in the Caribbean territories of Martinique and Guadeloupe after the measure sparked numerous protests in which police officers were injured and journalists attacked.

In AsiaIndia has restarted vaccine exports to the COVAX global vaccine sharing network for the first time since April, and producer Serum Institute of India is forecasting a substantial increase in supplies from early next year.