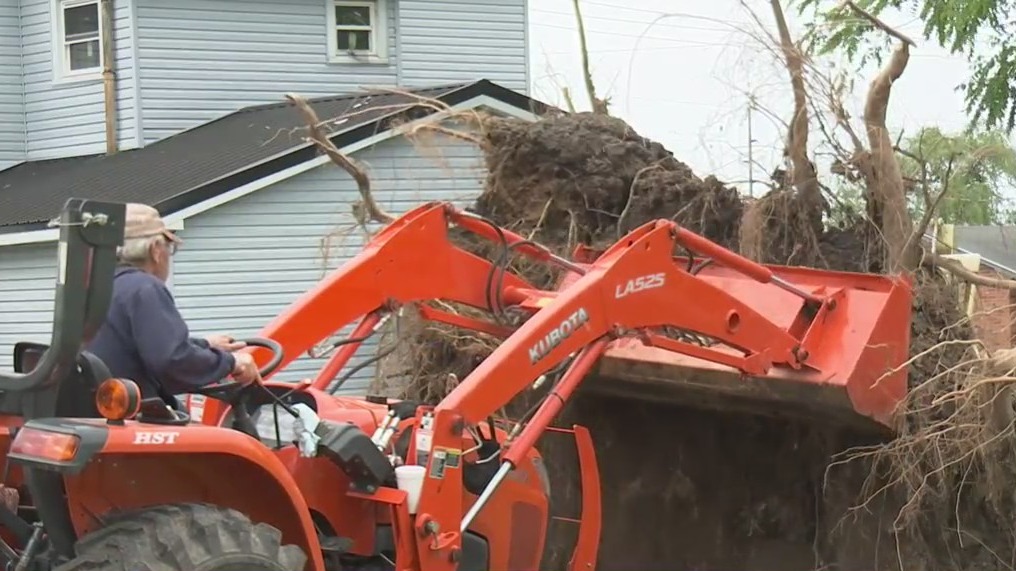 Wabash County Ky. (WEHT) – Mount Carmel and Keenesburg clean up debris after two bouts of severe weather. The first came Thursday night, according to the National Weather Service, an EF-2 tornado carried winds of up to 115 miles per hour. The second wave arrived on Saturday evening and scared the inhabitants.

Steve Dossett was driving to work Thursday night when the storm hit.

“I thought the worst,” he said.

Since that night, he says the work hasn’t stopped.

“There were four big trees that fell and one big tree. It was my favorite, it provided shade for my house,” he said.

With the help of his family, they were able to progress and help the community.

“We had to remove all the trees and everything and help the power companies restore power,” he said.

Elsewhere in Keenesburg, some reflect on the night, like Bob Jones. He was getting ready for bed when the storm hit and says his air conditioner started making loud noises and shaking when the storm hit. But the bad weather continued over the weekend. Another round of storms came on Saturday.

“I was scared because I thought we were going to get him last night,” Jones said.

“Our neighbor is older, so we helped her clean up. We also helped along the street. The village came together to help each other, which was amazing,” he said.

Dossett says he even found antiques, untouched by the winds, as he helped clean up.

“I found some old jars in perfect condition, probably from the 1900s,” he said.

Jones said he’s proud of how his community has come together.

“I think we’re going to clean it all up and get on with our lives, and hopefully we never see another one.” He says,