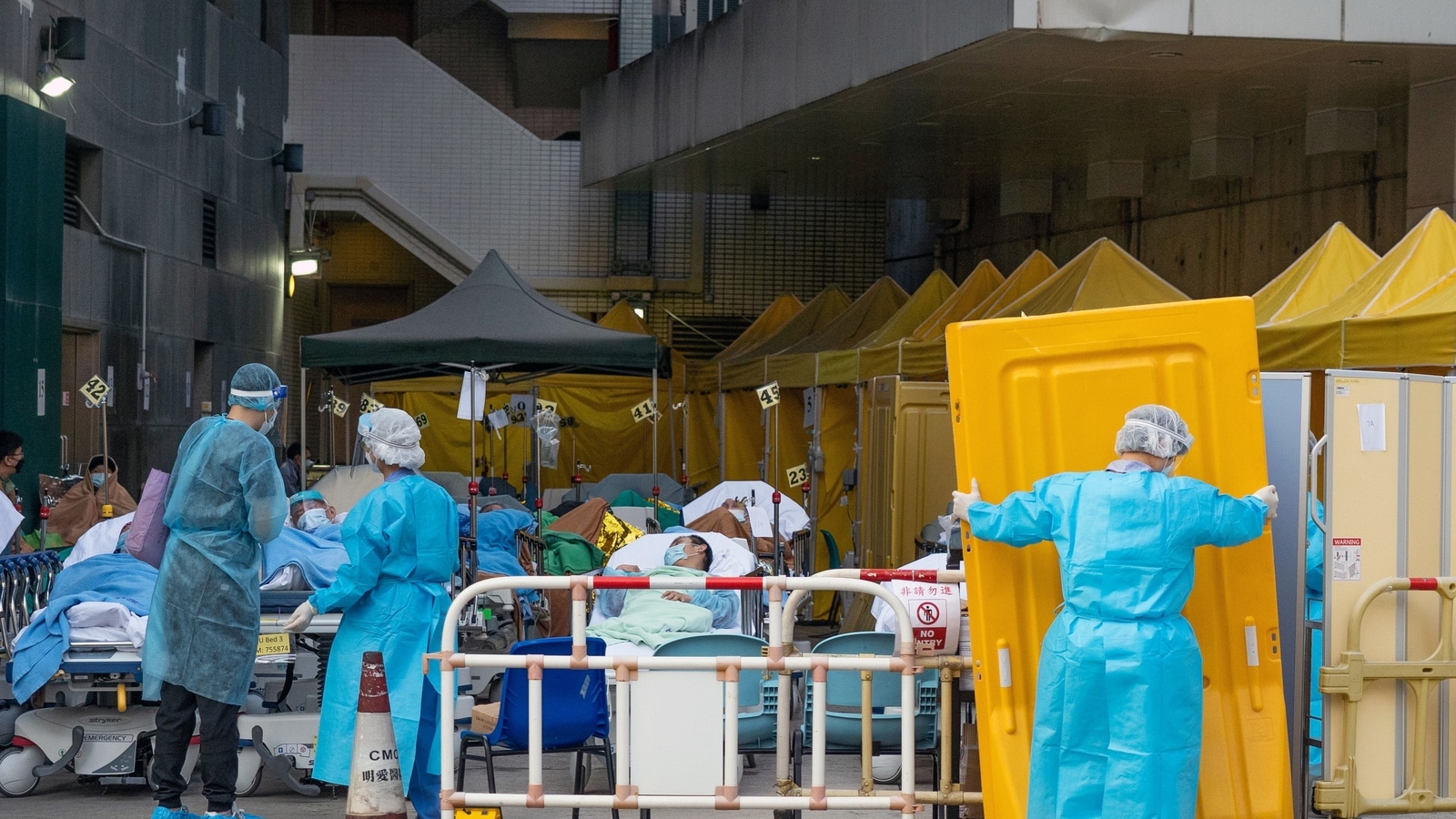 The country reported 826 cases on Wednesday, down from 935 on Tuesday, the highest daily tally since May 21. As most of the outbreak hits beyond major cities, some neighborhoods in Shenzhen have implemented new lockdowns and infections in Shanghai continue to spread — frightening residents who have endured isolation efforts previous ones.

The financial hub, which identified 17 cases on Wednesday, will require everyone to take Covid tests at least once a week until the end of August. Anyone who doesn’t test weekly will see their health code turn yellow, restricting where they can go.

In Shenzhen, authorities have locked down the village of Baishizhou which includes densely populated buildings where many migrant workers live. The city reported 22 cases on Wednesday, down from 19 on Tuesday.

Several streets in the village have been labeled high risk, meaning residents would not be allowed to leave their compounds or homes for seven days. Some areas had just endured more than a week of restrictions, which were lifted on July 16, due to sporadic cases.

News of being locked down again led some residents to scale fences to escape with luggage in tow, videos posted on social media showed.

The majority of cases are still concentrated in hotspots in the Guangxi region in the south, which recorded 187 cases on Wednesday – bringing its total since the outbreak broke out there just over a week ago to 1 293 – and the remote northwestern province of Gansu, which reported 363 new infections, taking its current outbreak to 1,669.

Most of Gansu’s capital, Lanzhou, has been closed for nearly a week. City officials launched a “door-to-door” campaign on Tuesday to eliminate hidden cases, with 10,000 medical workers from across the province going house-to-house to perform PCR tests in high-risk areas. and middle of town.