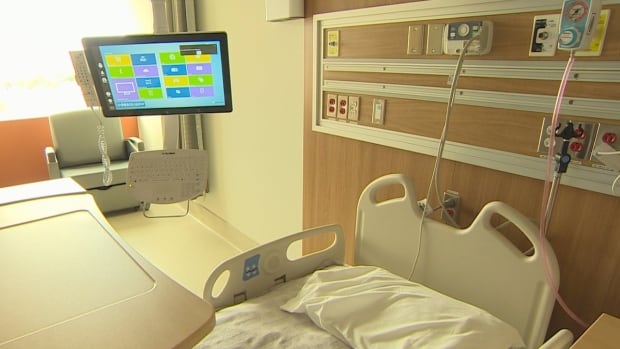 One of the deaths disclosed in Manitoba’s most recent report of critical incidents in the province’s health care system was a child.

The latest report, which looked at incidents that occurred during the period from July 1 to September 30, 2020, details 48 incidents. Among these are 12 incidents classified as fatal, including the child.

In this case, the report states that “a hospital bed with full side rails provided through the home care program for a child with an underlying medical condition contributed to a case of entrapment to bed and to death”.

Critical incident reports include brief descriptions of each event, but do not provide identifying factors or specific locations.

The latest two-page report also includes a case where a “patient experienced respiratory failure resulting in death from inhalation of a noxious substance.”

It also details an incident in which a client fell, resulting in head trauma and his death three days later.

In one case, a surgical instrument was found to be missing during surgery. According to the report, while a “foreign body revealed by x-ray remained in the patient”, the medical team was unable to retrieve it and the surgical site was closed.

The report describes another case where a client was transferred to an emergency department and assessed for stroke-like symptoms.

“Assessment determined that the client had suffered a stroke and the onset of symptoms exceeded the treatment time frame for stroke reversal,” the report said.

In two other cases detailed in the report, patients presented to the emergency room with stroke symptoms, but stroke protocols were not implemented.

According to the province’s website, clinical experts review each of the reported incidents and make recommendations to improve the system.

Each case is publicly reported in a way that protects the privacy of individuals, families and health care teams, the province says.

In a statement, Manitoba’s Child and Youth Advocate said it has been notified of the child’s death and has completed a review of relevant services, including reports from the Office of the Chief Medical Examiner.

“Based on the findings of our service review, the attorney has determined that further investigation is not warranted,” a spokesperson wrote, adding that the review’s findings may be used to inform future reports.

“In 2020, the Manitoba Advocate released a comprehensive special report on disability services for children in the province, Closing the Gaps: Achieving Substantial Equality for Children with Disabilities in Manitoba, which included recommendations for improving the system. Our office continues to monitor the government’s compliance with these formal recommendations.”

The timeline covered by the most recent critical incident report was just months after the first case of COVID-19 was identified in Manitoba.

The report includes a note that “critical incidents related to COVID-19 outbreaks in hospitals or personal care homes are reported as groups.”

The report includes one incident classified as a death, but its description states that “residents developed a healthcare-acquired infection associated with a serious outcome”, suggesting that more than one person was involved.

CBC has asked the Manitoba government to provide more information about the incident and the number of residents affected.

In an email, a spokesperson said “we do not share additional details about what is on these reports to protect the confidentiality of the reports. [critical incident] process and the patient’s personal health information. »