Can journalists and grieving communities coexist in tragedy? 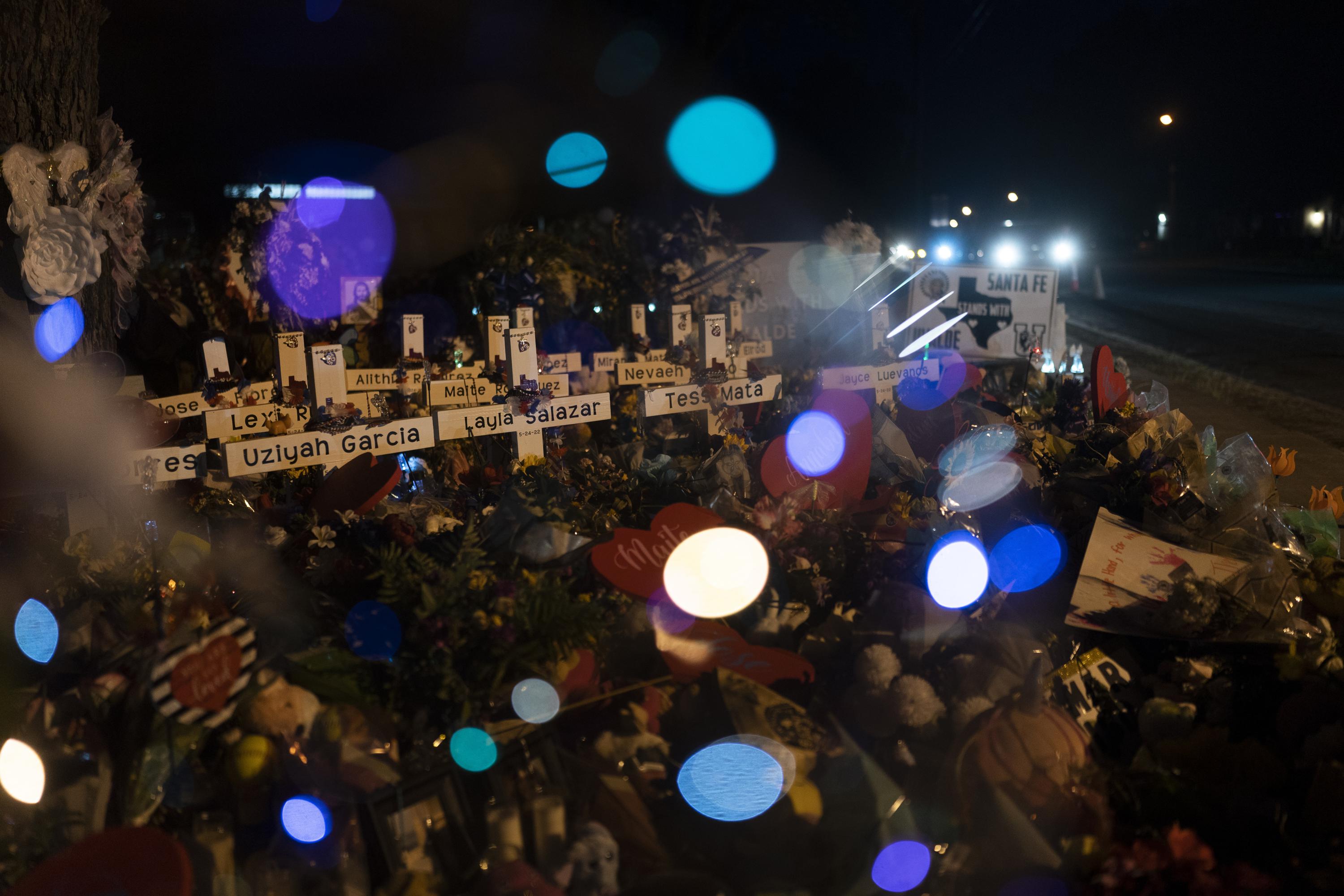 NEW YORK (AP) — As a group of reporters stood in front of a morgue to attend the funeral of a child killed in the Uvalde school massacre, some people passing by did not hide their anger.

“You’re all the scum of the earth,” one woman said as she surveyed the cameras.

When tragedy comes to town in the 21st century, the media follows, focusing the eyes of the world on a community during its toughest hour. Columbine, Sandy Hook, present-day Uvalde, Texas – the list of places synonymous with horrific massacres continues to grow.

Journalists are called upon to explain what happened and sometimes ask uncomfortable questions in places where many people want to be left alone to grieve. Is it possible to do better, to coexist in a moment no one wants to be part of?

Tempers flared in Uvalde. A journalist was told: “I hope your whole family will die in a massacre. Some are threatened with arrest for trespassing on public property. A group called “Guardians of the Children” blocked camera views, often with the encouragement of police.

Yet there are also people like Ben Gonzalez, who approached reporters near the morgue after hearing the woman rant that she doesn’t speak for everyone. “Thank you for documenting this tragedy,” he said. “We will come back to the photos you take and enjoy it.”

The shaded square of the Uvalde courthouse was dotted with canopies erected by television news crews. Reporters were stationed at Robb Elementary School, where the shooting took place, near a makeshift memorial filled with flowers, stuffed animals and messages. At the local Starbucks, where many journalists go to work, tables are reserved for Uvalde residents.

These are the typical signs of the invasion of journalists that accompanies such events.

“I respect people’s wishes if they want me to leave,” said Guillermo Contreras, senior staff writer at the San Antonio Express-News. “On the second day (after the shooting), people were overwhelmed. The city was invaded by journalists. There was hardly anywhere you could go without encountering the media.

Like most of his colleagues, Contreras tries to be sensitive to what the people of Uvalde are going through. He has a 10 year old daughter at home.

“When you’re at the epicenter of a situation like this, you really need protection,” said Michele Gay, who lost her daughter Josephine in the Newtown school shooting ten years ago. . “You’re really not in a state of mind to offer your feelings on camera.”

Gay said she had no idea how much attention was given to the story until the police officer assigned to protect her family drove them into town to see the memorials.

“At first I was angry,” said Gay, co-founder and executive director of Safe and Sound Schools, an advocacy group. “It was overwhelming. It was hurtful… At the same time, there were members of the media who were so caring, caring and compassionate.

The sensitivity that most journalists try to bring to such assignments can be undermined by those who stick cameras in the face of people who are crying or ask a grieving relative what it feels like. A parent who lost a child in Newtown saw someone outside their home with a camera looking out a window, said Bishop Robert Weiss of St. Rose of Lima Parish in the city.

Journalists generally do a poor job of explaining what they do and a poor job of putting themselves in the shoes of the people they interview, often on the worst day of their lives, said Joy Mayer, a former journalism professor .

“It’s really valid that members of this community feel overwhelmed and resentful,” said Mayer, director of Trusting News, which helps members of the media improve their relationship with the public.

Kelly McBride, journalism ethics expert at the Poynter Institute for Media Studies, advises news outlets to be better prepared when assigned to these stories. Most street interviews indicate that this work has not been done; shocked and traumatized people, she said, should not have to make a decision on the spot about dealing with a journalist.

She praised CNN for handling with sensitivity the interview of a young survivor of the shooting who smeared herself with the blood of a deceased classmate to appear dead. CNN reported what the girl said, but did not show her or play her voice.

Ana Rodriguez, who lost her daughter Maite in the shooting, sat down at her dining room table to tell The Associated Press how the young girl aspired to become a marine biologist. She didn’t want her face on camera to distract her daughter.

Sometimes there is little time to prepare. CBS News’ Tony Dokoupil was told to get on a plane to Texas. Quick. Dokoupil said he tried to get away from the pack and knock on doors; in one case, he ran into a relative of a deceased child who helped arrange an interview with his parents.

He found the residents polite and respectful even when they didn’t want to talk. He was thanked by some people for being there and telling the stories.

Gay advises journalists to focus their attention on the people who lost their lives, not the perpetrators. There was a marked effort by news agencies to downplay mentions of shooters, although Gay feared he had seen more after Uvalde.

In Uvalde, questions raised about the police response to the shooting extended the length of the shooting in the news and increased hostility towards journalists. CNN used a tag team to stake Pete Arredondo, the school’s police chief who was leading the operation, and secure an ambush interview.

“You have people supporting law enforcement,” Contreras said. ” It is a small city ; people know each other. Suddenly people are pointing at officers you know, so there’s a division.

For residents of communities like Newtown and Uvalde immediately following these stories, the sheer repetitiveness is often exhausting.

“If there’s been one interview here, there’s been 150,” said a downtown shopkeeper who, like many in Uvalde, didn’t want his name featured in the news. “I mean, how many times can you interrogate people who don’t know anything?”

There are some suggestions of what the industry calls a pool – where a handful of reporters ask questions of officials and report the answers to a larger group. This is most famously used in the White House.

But McBride said that inevitably leads to less aggressive journalism. Most reporters are driven by the desire to get things their competitors are not getting. It was tried in a few cases at Uvalde and found to be unsatisfactory, Contreras said.

Things calmed down at Uvalde last weekend. Only a satellite TV truck remained at the Robb School, and only a handful of reporters were in the courthouse plaza on Saturday as a Hawaiian band performed a giant lei and sang songs.

There’s no avoiding the shock that an influx of journalists brings to a quiet community. Weiss remembers being swarmed by reporters after walking out of a meeting with relatives. He didn’t know what to say. But in general, the Catholic monsignor said he found the press respectful and understood the importance of his role.

“We had to get the story out there and we had to keep that story out there,” Weiss said. “Because in 10 years, what has changed? If anything, it got worse.