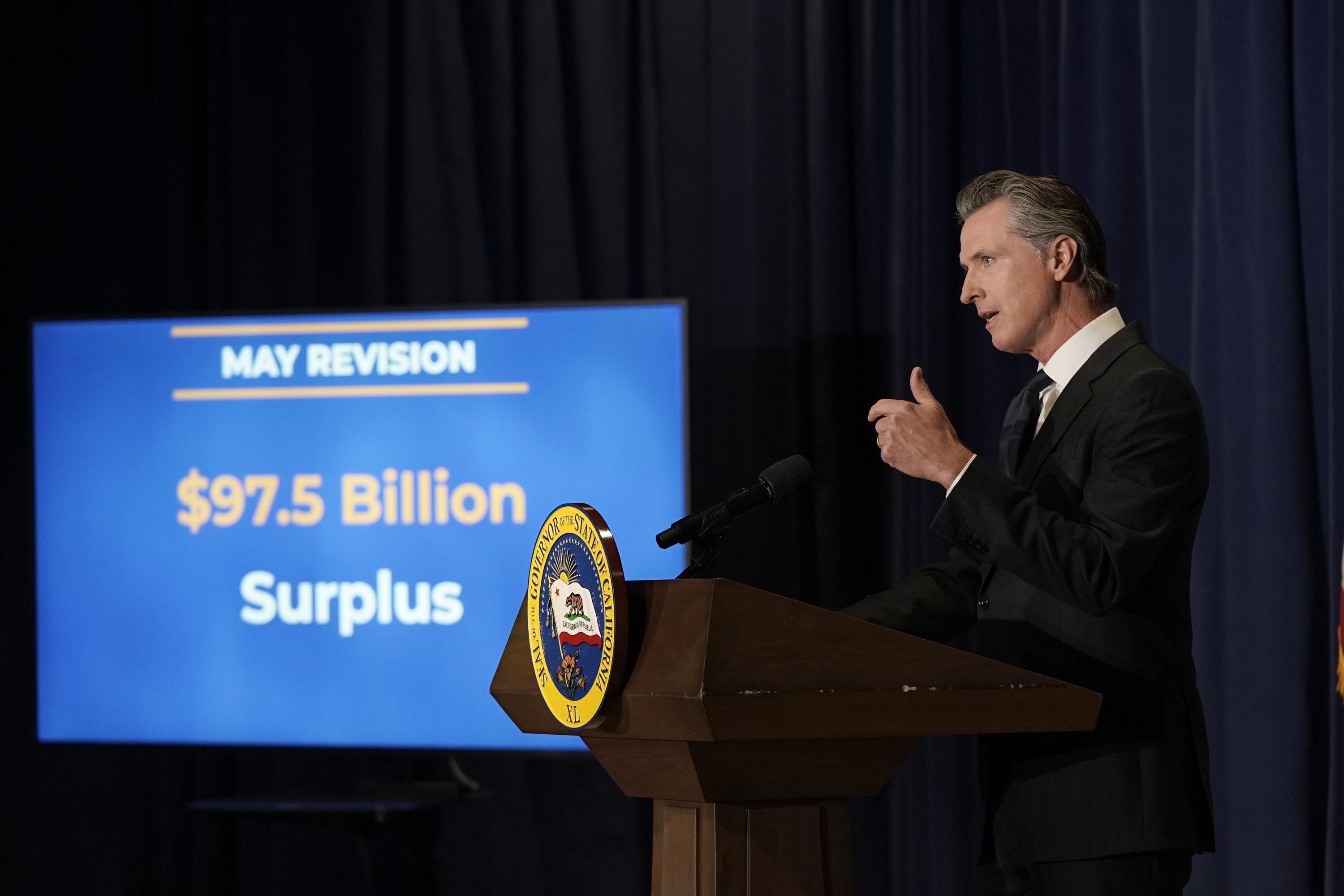 Newsom unveiled a revised budget plan of just over $300 billion for the next fiscal year, the highest in state history and fueled by increased tax revenue. The state collected $55 billion more in taxes than expected in January, leaving it with an estimated surplus of $97.5 billion.

That means Newsom, a Democrat, has tens of billions more to spend on new and existing initiatives as he seeks re-election in the fall. It provides additional spending to combat the ongoing drought, to help more women get abortions in California, and to offset rising costs for food, gas and other goods due to inflation.

He will have to reach an agreement with the Democratic-led legislature on all of his proposals. They have until the end of June to finalize the budget, which takes effect on July 1.

Newsom said one of his top budget priorities is to ease inflation for Californians.

He offered to give $400 checks to registered car owners in the state, with up to two checks per person. It would cost the state about $11.5 billion, he said. Although the money only goes to car owners, Newsom said it should be seen as “reimbursement and relief from inflation”.

Democratic lawmakers, however, have a different idea of ​​how to provide relief. They want to give $200 checks only to those below a certain income level.

Republicans, meanwhile, say that rather than a check, Newsom should suspend the state’s highest gas tax for a year. They also asked him to increase a tax credit for renters and offer new tax credits for students.

“Senate Republicans believe there is a better way to invest in the state,” said Senator Rosilicie Ochoa Bogh of Yucaipa.