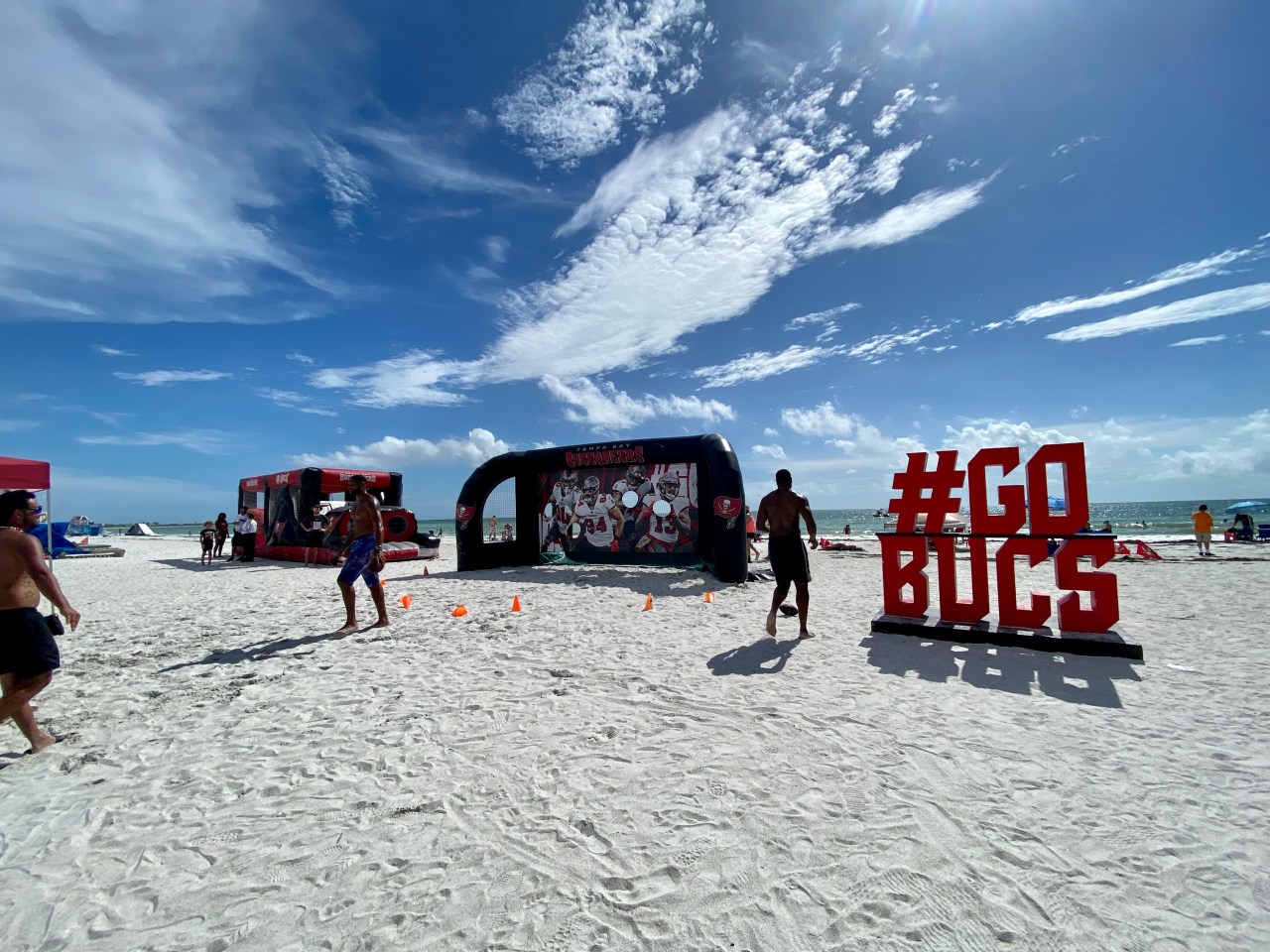 “I’m just enjoying the day with the family,” said St. Petersburg resident Cindy Jimenez. “It’s a beautiful day in the sun to kick off the football season.”

Jimenez and his family came out to enjoy all the festivities today: a bouncy house, a football throw, a trivial challenge, a Bucs cheerleader dance lesson, and more.

“So far we’ve kind of made our way through the goodies and got our flag,” Jimenez said. “Go for a drink and enjoy the day.”

Although Jimenez watched the game in the air conditioning at home, many others stayed up all night.

“I’m from New England,” said Jovani Pires. “Big Brady. I have family here in Tampa, so we came to visit him.

Pires didn’t know the party was happening that weekend, but he must have gone once he found out. He ended up winning a pair of sunglasses and some Bucs flags. He was hoping for a good performance from the team on Sunday.

“I have Buccaneers players on my fantasy team this year so I wish them a good season,” Pires explained.

Jimenez hopes the team will get redemption and a better result than the end of last year.

“It’s quite funny. Like the last two years, since Tom Brady has been on the team, I’ve become a fan,” Jimenez said. “So hoping for a good turnout this year.”

The question of Brady’s retirement is on everyone’s mind.

“I’ll be honest with you, I think he should have stayed retired,” Pires said. “I should have left at sunset. But we’ll see. I hope he doesn’t get injured this year.

There was plenty of fun to be had on Sunday, despite the storms brewing.

“We’ve got drinks, we’ve got food, we’ve got games, we’ve got all kinds of Bucs gear,” Devren Wilson said. “It’s a great time.”

The Tradewinds Entertainment Manager also served as emcee for part of the competition.

“It’ll probably be a beautiful sunset behind you,” Wilson said. “The match is going to be played right in front of you, you are here on the sand. For me, it’s a perfect way to watch a game.

Tradewinds had food and drink on Friday and showed Bucs highlights from last season. Saturday was the start of the cornhole tournament and a country concert featuring Maddie & Tae and Pirate Flag Band – despite the wet weather.

“Yesterday it started a little rough because of the weather, but we got through it,” Wilson said. “Tradewinds staff, they raced to make this happen.”