Biden takes on Putin, calls for Western resolve for freedom 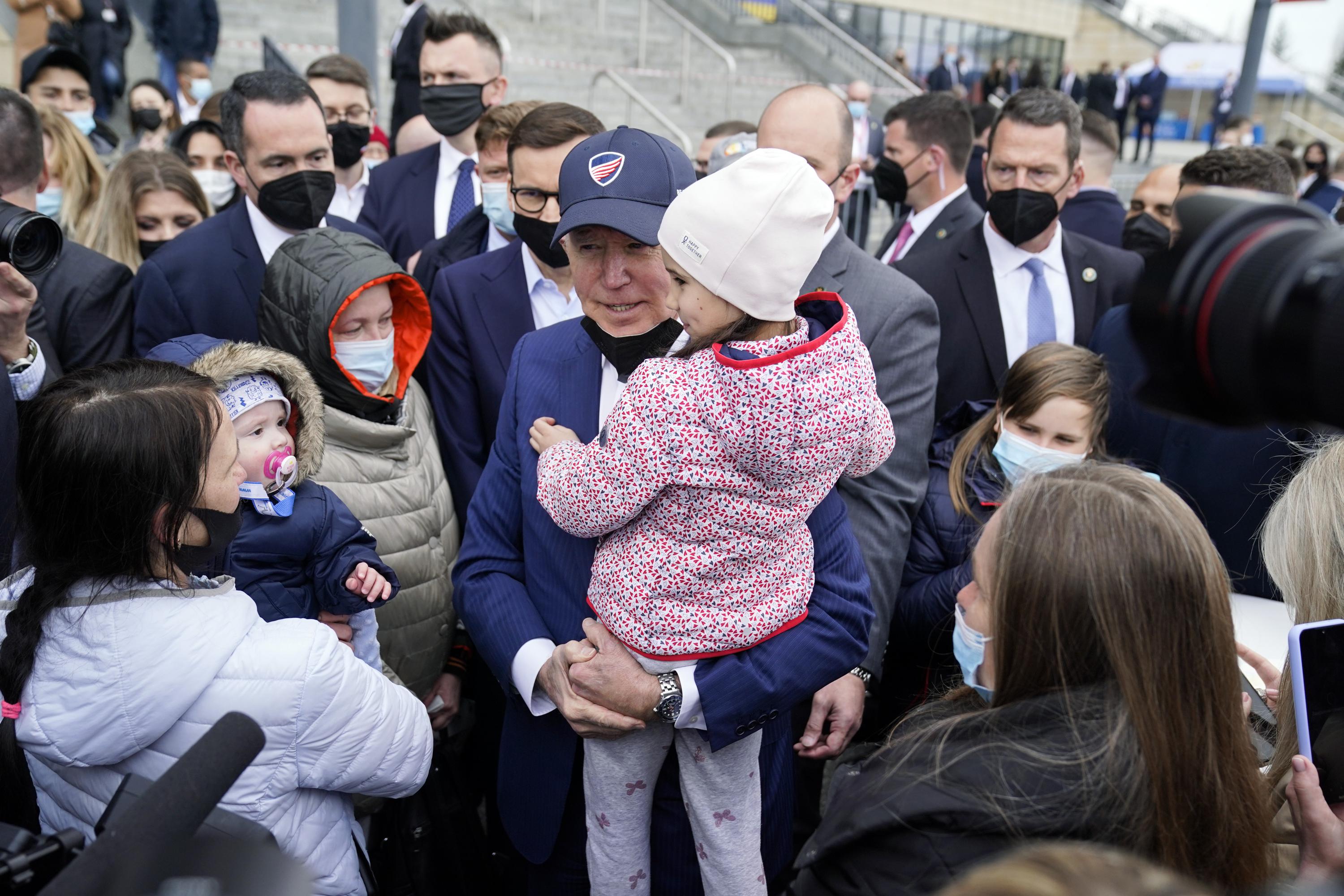 WARSAW, Poland (AP) — President Joe Biden delivered a forceful and highly personal condemnation of Russian Vladimir Putin on Saturday, citing a call for liberal democracy and enduring resolve by Western nations in the face of a brutal autocrat.

As he wrapped up a four-day trip to Europe, a mix of moving scenes with refugees and standing among other world leaders in grand settings, Biden said of Putin: “For God’s sake , this man cannot stay in power.”

It was a dramatic escalation in rhetoric – Biden had previously called Putin a “butcher” – that the White House found itself backing down quickly. Even before Biden could board Air Force One to begin the flight back to Washington, aides made clear he was not calling for an immediate change of government in Moscow.

Kremlin spokesman Dmitry Peskov was quick to denounce Biden, saying “it’s not up to the President of the United States or Americans to decide who stays in power in Russia.”

While Biden’s blunt language grabbed headlines, in other parts of his roughly 30-minute speech outside the iconic Royal Castle in Warsaw, he urged Western allies to prepare for what will be a turbulent road in a “new battle for freedom”.

He also warned Putin against invading even an “inch” of territory from a NATO country.

The address was a heavy bookend for a European visit in which Biden met with NATO and other Western leaders, visited the front lines of the growing refugee crisis and even held a young Ukrainian woman in his arms as he sought to highlight some of the vast tentacles. of the conflict that will likely define his presidency.

“We must stick together today and tomorrow and the day after, and for years and decades to come. It won’t be easy,” Biden said as Russia continued to shell several Ukrainian cities. “There will be costs, but the price we must pay, for the darkness that drives autocracy is ultimately no match for the flame of freedom that illuminates the souls of free people everywhere.”

Biden also argued that multilateral institutions like NATO are more important than ever if the West and its allies are successful in fending off autocrats like Putin.

During his presidential campaign, Biden has often spoken about the battle for primacy between democracies and autocracies. In those moments, his words seemed like an abstraction. Now they have an urgent resonance.

Europe finds itself locked in a crisis that is forcing virtually all of Europe to review defense spending, energy policy and more, just like the United States

Charles Kupchan, who served as senior director for European affairs at the White House National Security Council during the Obama administration, called the invasion a “game changer” that left Atlantic democracies “no other choice.” than to strengthen their position against Russia.

But the path ahead for Biden — and the West — will only get more complicated, Kupchan said.

“The challenges facing the Biden presidency have just escalated,” said Kupchan, now a senior fellow at the Council on Foreign Relations. “He must now lead the West’s efforts to protect the West from the pressing external threat posed by Russia. And it must continue to strengthen the West from within by countering the illiberal populism that still poses internal threats to democratic societies on both sides of the Atlantic.

In one of the most poignant moments of his trip, Biden leaned over Saturday and picked up a young girl, a Ukrainian refugee dressed in a pink winter coat, and explained how she reminded him of his own grandchildren. girls.

“I don’t speak Ukrainian, but tell her I want to take her home,” Biden asked an interpreter to tell the smiling child.

Hours later, Biden was in front of a crowd of 1,000 people — including recent Ukrainian refugees — at the Royal Castle, a Warsaw landmark that dates back more than 400 years and was badly damaged during World War II. He made it clear that the West would need to arm itself for what will be a long and difficult battle.

“We have to commit now, to be that fight for the long haul,” Biden said.

The Biden administration, which has chosen to place too much emphasis on a single political speech, has sought to elevate what White House officials have touted as a major address. Biden spoke with the grand palace behind him to an invited audience — a larger one than nearly anyone he spoke to during his presidency.

He singled out Lech Walesa, the Polish labor leader who led the campaign for freedom in his country and was eventually elected president, and linked the moment to the history of brutal oppression in the former Soviet Union, including including post-World War II military operations to stamp out pro-democracy movements in Hungary, Poland and what was then Czechoslovakia. And he urged Europe to heed the words of Pope John Paul II, Poland’s first pontiff: “Do not be afraid.”

Biden’s trip reaffirmed the importance of European alliances, which have atrophied under former President Donald Trump. He worked with his counterparts to organize a series of punitive sanctions against Russia and set the continent on a path that could eliminate its dependence on Russian energy within the next few years.

The collective response to the invasion of Ukraine has little parallel in recent history, which has been characterized more by growing divisions than close coordination. But the Russian invasion of Ukraine changed that dynamic, with European nations increasing defense spending and imposing crushing sanctions on Moscow, and some taking initial steps to redirect their energy needs away from Russia.

“I am convinced that Vladimir Putin counted on the division of NATO,” Biden said during a meeting with Polish President Andrzej Duda on Friday. “But he wasn’t able to do that. We all stayed together.

Maintaining such unity is likely to prove difficult as the war continues and the refugee situation could become a source of tension. Just as NATO is committed to the collective defense of each member, Biden said, other nations should share the burden of caring for Ukrainian refugees. To that end, the US administration has announced that it will admit up to 100,000 Ukrainian refugees to the United States this year.

“It should be NATO’s responsibility,” he told Duda, whose country has accepted about 2.2 million of the 3.7 million who have fled Ukraine. It is not known how many of these displaced Ukrainians who passed through Poland have now departed for other countries.

Nor is there a clear path to end the conflict. Although Russian officials suggested focusing their invasion on Donbass, a region in eastern Ukraine, Biden wasn’t so sure there was real change afoot.

When asked on Saturday if the Russians had changed their strategy, he told reporters that “I’m not sure they have.”

Despite the dangers ahead, Biden insisted there was more reason to hope that the West and Ukraine will eventually succeed.

“A dictator determined to rebuild an empire will never erase a people’s love for freedom,” Biden said. “Brutality will never reduce their will to be free. Ukraine will never be a victory for Russia, because free people refuse to live in a world of despair and darkness.