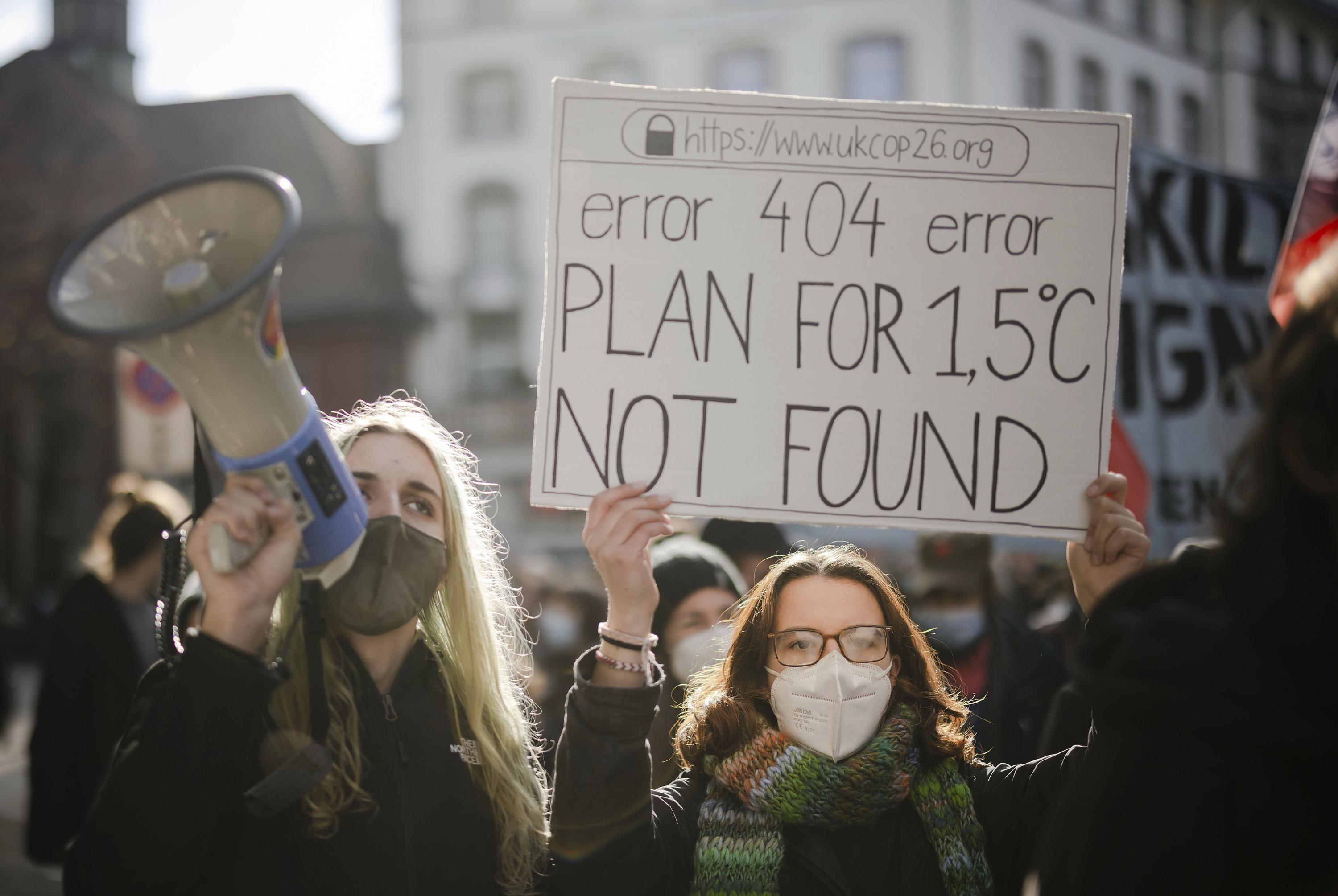 The world’s most influential banks must dramatically accelerate climate efforts if rising global temperatures are to be kept within the Paris Agreement’s habitability targets, warned an assessment released Thursday by a group of institutional investors. .

Efforts by 27 giant banks in North America, Europe and Asia to align their policies with global warming of no more than 1.5 degrees Celsius (2.7 Fahrenheit) fall far short in all areas measured in the pilot study, obtained exclusively by The Associated Press. The report reveals that no bank has pledged to end funding for new oil and gas exploration, and only one has pledged to cut all coal funding in line with International Energy Agency guidelines.

The bank’s assessment was prepared by the Institutional Investors Group on Climate Change (IIGCC), whose more than 350 members are primarily asset managers and owners, and include Barclay’s Bank UK Retirement Fund, BlackRock and Goldman Sachs Asset Management International. Members of the group have 51 trillion euros ($52 trillion) in assets under management and advisory, according to the IIGCC website. This represents about one tenth of the total assets held by financial institutions worldwide. The Transition Pathway Initiative, a research group that tracks corporate emissions, co-authored the report.

The assessment is significant because it comes from the financial community, echoing the idea that fossil fuel investment must end, something that environmentalists, climate scientists and energy experts have argued for years.

Witold Henisz, associate dean of environmental, social and governance initiative at the Wharton Business School, said the study “compellingly establishes that banks are not yet demonstrating substantial progress towards net zero, and often even their own commitments”. A growing body of research suggests that low public rankings cause companies to react, he said – and investors could punish them.

Any quibbles over methodology “will not alter the high-level conclusion above”, he added.

The study assessed banks in six areas where they should show progress if their lending and other services are aligned with a sharp drop in emissions: the strength of net-zero pledges; short- and medium-term emissions targets; decarbonization strategies, namely, exit plans from polluting industries; lobbying on climate regulation; how climate risk is reflected in accounts and audits, and governance, i.e. how climate risks are integrated into management structures.

Evaluators set benchmarks for each domain. Banks were scored based on the number they hit. A score of 100% would mean that a bank is fully aligned with the Paris targets in that category.

On their pledges to reduce emissions from their portfolios to zero, the banks, as a whole, have arrived at 20%. As for the short- and medium-term climate goals, which show a path towards net-zero targets, they only achieved 10% of the indicators. And the report found that 1% of banks’ lobbying practices are in line with the 1.5°C target.

“The level of urgency needs to increase,” said Natasha Landell-Mills, chief steward at investment manager Sarasin and Partners and co-chair of the IIGCC task force. “Banks still have a long way to go.”

As custodians of the world’s money, banks play a critical role in climate change, the study finds. They make new fossil fuel projects possible through financing. They decide to lend money for the coal mines and for the agro-industries that have cut down the rainforest. There are other sources of finance, and private equity in particular is playing an increasing role, but banks remain the most important.

The AP has asked these banks for comment on several occasions, but none have responded.

Each year, a body known as the Financial Stability Board, based in Basel, Switzerland, and created by G20 Heads of State and Government, assesses which banks in the world are the most influential, based on their size and their integration into the world market. financial system. The four most influential banks in the world in 2021 – JPMorgan Chase, BNP Paribas, Citigroup and HSBC – were each rated zero in two or three areas of the assessment. Climate governance was the only category where all were judged to be making substantial progress.

Via email, Citigroup and JPMorgan both declined to comment. Both banks have published targets to align corporate practices with the Paris target in spring 2021.

In a statement, BNP Paribas said it had made new climate commitments, including a 25% reduction in oil financing, since February 25, the last date used in the study. The bank reaffirmed its commitment to a carbon-neutral economy by 2050, and limiting global warming to 1.5°C. BNP Paribas has implemented “pioneering policies” to protect the climate and biodiversity, particularly on forests, she said. It will “gradually reduce its exposure” to companies that do not decarbonize fast enough.

An HSBC spokesperson said by email that the bank is also committed to achieving net zero, adding: “We recognize that our global footprint means we can play a critical role.” The IIGCC report “acknowledges the progress we have already made,” she said, including a commitment to phase out coal funding. The bank is reviewing its climate and energy policies, the spokesperson said.

Scientists say emissions need to fall sharply in the short to medium term, so benchmarks for 2030 and 2035 are crucial. Only three banks, Barclays, ING Bank and Société Générale, have published short-term targets for reducing emissions from the activities they finance, the study reveals. Nine have published medium-term objectives. This is “problematic”, according to the study, because the targets help investors gauge how serious banks are about decarbonization.

“If too many banks plan to delay emission reductions, global emissions will not be reduced fast enough,” the authors wrote.

As for deforestation, which can release massive amounts of carbon dioxide when forests are burned, only HSBC has made full commitments to end funding, the study found.

“Despite all the awareness at the board level, there are not yet any changes at the strategic level,” said James Vaccaro, executive director of the Climate Safe Lending Network, which is pushing for decarbonization in the sector. banking.

Vaccaro, who has 20 years of management experience in sustainable banking and investing, added that there are “reasons for hope in the face of the dismal assessment of the state of the banking sector today. “. He praised Barclays, saying his targets were very comprehensive.

Bank lobbying, which may attempt to influence and weaken climate laws, has also moved away from a 1.5C trajectory, the study found. And he found that banks are not ensuring their trade associations are lobbying in line with the agreement. Only Bank of Montreal discloses all of its professional association memberships on its website and in reports.

Bill Weihl, a former sustainability manager at Facebook and Google who campaigns against lobby groups, said by email that the findings explain why climate policy has repeatedly failed to be enacted. “We need to see the private sector step up and use its powerful influence for climate policy gains.”

None of the banks tie executive compensation to emissions, according to the study.