Bangladesh awaits its bridge of dreams across the mighty Padma 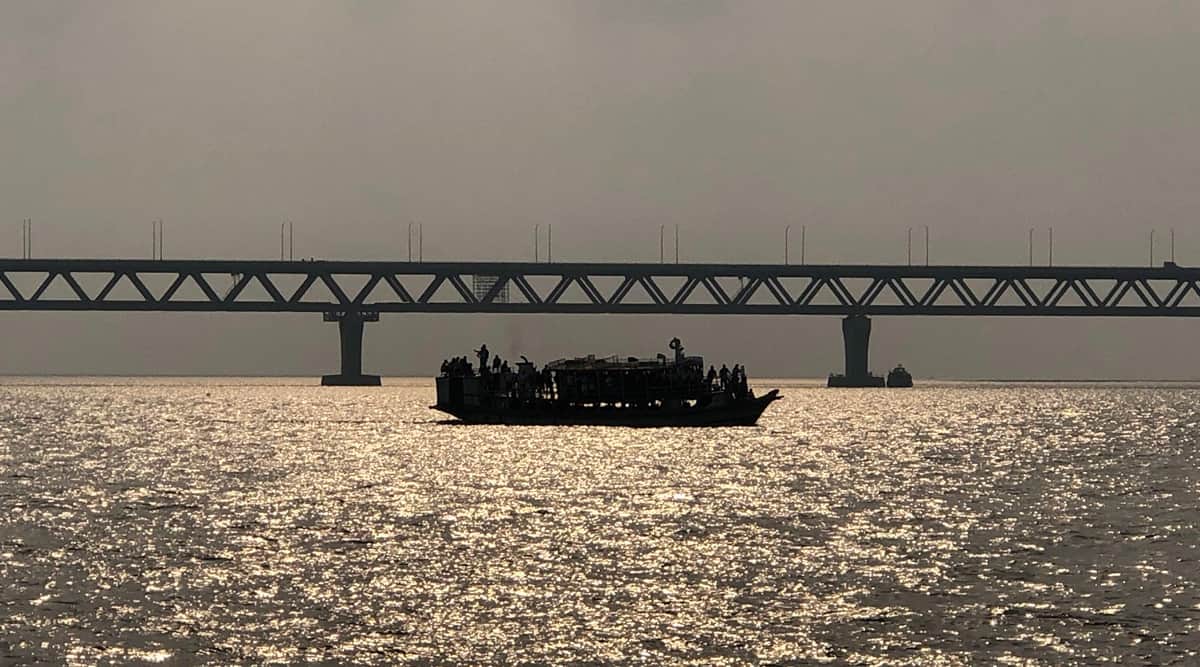 Along the brand new six-lane highway from Dhaka to Mawa in Munshiganj district, signs with photos of Sheikh Hasina congratulate her and the people of Bangladesh for ‘amader swapner Padda Setu’ – the bridge of our dreams across the Padma.

The panels are sponsored by local leaders of the ruling Awami League and compete with each other to lavish praise and gratitude on the leader – but they invariably refer to the “dream”.

Twenty-one years after the prime minister, in the final days of his previous term, laid the cornerstone in Mawa, a decade after the World Bank canceled its $1.2 billion funding saying it ‘can’t, shouldn’t and won’t turn a blind eye to evidence of corruption’ in project, and seven years after Bangladesh began construction with its own money, Padma multi-purpose road-rail bridge is ready to be inaugurated on Saturday.

The government estimates that GDP will increase by 1.23% – and regional GDP in the South West by 2.3% – as the bridge begins to yield returns. (PhotoExpress)

The dream is about to come true.

The Padma Bridge is the largest and most challenging infrastructure asset ever created in Bangladesh. By linking the southwest – home to 30 million people – to the capital across the mighty river that crosses the country, the bridge is expected to give an unprecedented boost to communications, trade and the economy of the Bangladesh as a whole.

The government estimates that GDP will increase by 1.23% – and South West regional GDP by 2.3% – as the bridge begins to generate returns.

It will significantly reduce the road distance between Dhaka and cities to the west such as Khulna, Jessore and Barisal. And once the railway line over the bridge opens – possibly by March 2024 – Dhaka could come within three and a half hours of Calcutta, potentially revolutionizing trade and communication with India.

But today, for most Bangladeshis, the $3.6 billion, over 6km-long bridge over a swirling expanse of water so massive it could be the sea itself, is before quite an object of immense national pride – the symbol of a confident nation on the march towards a triumphant destiny which it believes within its reach.

The bridge symbolizes “the strength of Bangladesh’s national resolve”, and with its inauguration, the country “will make a decisive turning point in its economic history, which defied the dark and catastrophic prophecies of early neoliberal and right-wing skeptics”, said Dr. Ashikur Rahman, Senior Economist at the Policy Research Institute in Dhaka.

By providing road and rail links between the relatively less developed southwest of the country and the more developed east, the bridge will lead to greater integration of regional markets, Rahman said. Khulna and Barisal divisions are expected to see the greatest economic and poverty reduction impacts as a result, he said.

The Padma Bridge will significantly shorten the distance between Dhaka and cities to the west such as Khulna, Jessore and Barisal. (PhotoExpress)

“The bridge will reduce the distance between Mongla Port (in Khulna) and Dhaka from over 100 km to just 170 km,” Rahman said. “24,000 vehicles will pass through it every day on average in 2024, and 67,000 by 2050…According to the AfDB and other independent estimates, the bridge is expected to boost our GDP growth by at least 1%,” did he declare.

Moreover, the successful completion of the project after the World Bank chose to throw it out – the corruption case against Bangladeshi officials and executives of SNC-Lavalin collapsed in a Canadian court in 2017 – brought to the countries invaluable experience in designing, financing and executing large-scale projects, Rahman said.

Economist Dr M Masrur Reaz, chairman of the policy think tank Policy Exchange of Bangladesh, also highlighted the “growing capabilities of our proud nation to develop and implement very large and complex infrastructure projects. .. which will add to its reputation in international negotiations involving business”. , project development and financing”.

With “focused supportive economic planning”, the bridge “will help develop new manufacturing, agribusiness, service and logistics businesses that are expected to generate profits of up to $25 billion over 30 years”, Reaz said.

Dr Atiur Rahman, who served as Governor of Bangladesh Bank from 2009 to 2016, said the central bank stood with the government when the World Bank pulled out of the project and provided regulatory comfort to the banking sector to provide the necessary currencies.

“The nominated bank would use the foreign currency from its own funds, source from the market and obtain any additional amounts from the central bank. The Bangladesh Bank was ready to provide any amount from its reserves, which were then increasing considerably. He also agreed to ease regulatory requirements, such as allowing banks to provide comfort letters to international and domestic consultants for importing machinery, materials, etc. the former governor told The Indian Express.

Now, thanks to the bridge, Dhaka could be less than three and a half hours from Calcutta, which could revolutionize trade and communication with India. (PhotoExpress)

The Padma Bridge was built by the China Major Bridge Engineering Company, a subsidiary of the state-owned China Railway Group, which Bangladeshi officials repeatedly point out was awarded the contract in May 2014 solely because it presented the lowest bid of $1.55 billion. Work began at the end of November of the same year.

Ahamed Ahasan Ullah Majumder, an engineer with the Bangladesh Bridge Authority who has worked on the bridge since 2016, spoke about the technical challenges of the project. The Ganga-Padma-Brahmaputra system carries one of the largest volumes of water in the world, the sandbanks of the braided river continuously rise, fall and shift, and the powerful undercurrents pose complex problems for the construction.

The main bridge is 6.15 km long — 9.83 km in all, including road and rail viaducts at both ends — and 21.65 m wide. It is high enough for larger vessels to pass under and has 42 piers, 40 of which are in the river and two are “transition” piers of a completely different design, Majumder said.

The longest pier in the bridge was sunk to a depth of 122 meters, a record according to the government. On the upper deck is a four-lane highway and on the lower deck are double-track railway lines.

“After June 25, it might take 10 minutes to cross the Padma,” Majumder said. “It’s unthinkable… The ferry crossing alone takes an hour now, and adding waiting for a boat or time spent stuck in traffic at either end, the journey can easily take two hours and half or three hours,” he said.

The Padma Bridge was built by the China Major Bridge Engineering Company, a subsidiary of the state-owned China Railway Group, which Bangladeshi officials repeatedly point out was awarded the contract in May 2014 solely because it presented the lowest bid of $1.55 billion. (PhotoExpress)

Time wasted crossing the river is ‘kalpanaheen’ (beyond imagination), said Mohammad Shiblu Hawladar of Pirojpur district in Barisal division, who has been driving a taxi all over Bangladesh for 19 years .

“My house is only 170 km from Dhaka, but people think it’s really far… Chittagong on the other hand is about 235 km, but going there does not involve crossing the Padma, and it is therefore considered much closer to Dhaka,” he said.

“My country has had to endure hardship since the time we gained independence, and the lack of road and rail links has added to the suffering of the poor…Here on this ghat, women, children and elderly people spend entire nights waiting to cross the river; trucks loaded with perishables are stuck indefinitely… This bridge is a notun aashaar aalo (a light of new hope) for every one of them,” Shiblu said.

“In the past, I tried to reach my house and my family by chaand raat (the day before Eid), but I failed to cross the river in time,” he said. “Inshallah, this will never happen again. This bridge allows me to dream.