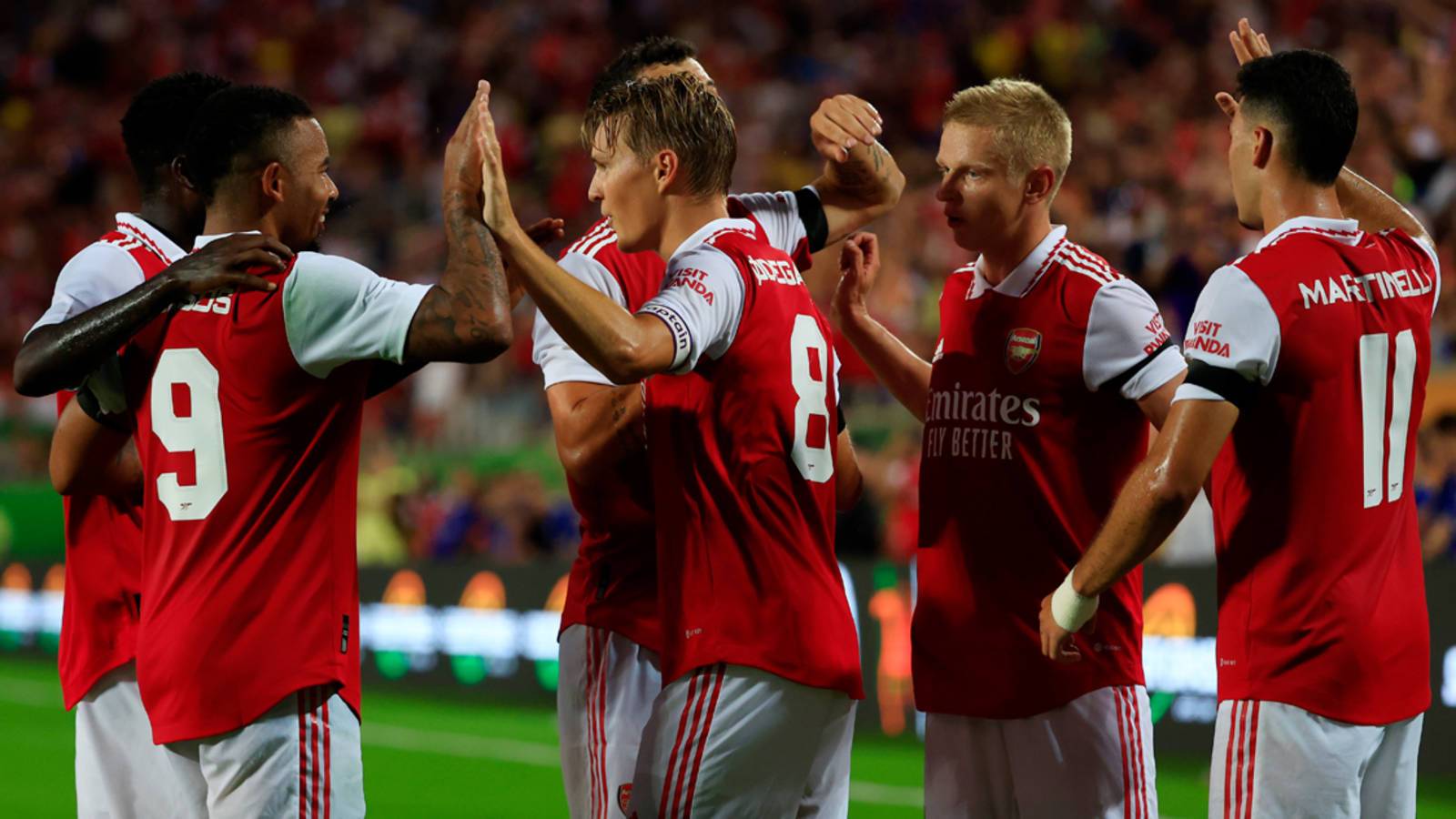 A well-deserved victory over Chelsea was the perfect way to end a successful pre-season tour of the United States.

We looked to take control of this Florida Cup game from the first whistle, and unsurprisingly it was Gabriel Jesus who put us ahead with his fourth pre-season goal.

Martin Odegaard and Bukayo Saka added more goals either side of the interval, before Sambi Lokonga secured a score worthy of our performance, with a late fourth.

In the third and final game of the tour, we looked sharp from the start, creating the first clear chance after just five minutes.

Defending a corner, Gabriel Martinelli ticked the ball off the edge of his own box and sprinted forward on the counterattack, in a move very much reminiscent of his famous goal at Stamford Bridge in January 2020.

This time though, he opted to pass to Saka on the straddle, and his shot was saved by Edouard Mendy.

We continued to look for the most likely markers in the opening trades. Oleksandr Zinchenko – in his first appearance for us – was advancing well down the left and had a charged shot when he found space in the box.

Shortly after, we scored the goal our pressing deserved, and what a finish it was. Granit Xhaka threw an early pass into the path of Jesus, who advanced on the keeper and tossed the ball over him casually for the opener.

The second was another well-worked goal. Martinelli held onto possession just long enough for Odegaard to race into the box, before slipping the ball his way. The captain did the rest, slipping his low shot into the corner.

It was one-way traffic in the first half. Thomas Partey was next to close, shooting just over 20 yards.

Odegaard, Saka and Jesus were starting to have fun, with wonderful one-touch passes and movies – much to the delight of Arsenal’s vocal support at the sold-out 63,000-seat Camping World Stadium in Florida – a new attendance record for the venue.

Despite our dominance in the opening 45 minutes, Chelsea came close to pulling one back before the break but Mason Mount’s effort hit the right.

We kept up the pace in the second half and shortly after the hour mark we made it 3-0.

Martinelli drew a diving save from Mendy on the volley, it fell to Granit Xhaka who kicked the ball in before firing another shot at the Chelsea keeper. But it was the lucky third time as Saka sent the rebound back into the roof of the net.

Mikel Arteta dispatched Marquinhos on his non-competitive debut, down the right wing, as Sambi Lokonga came on in the closing stages with a composed header at the far post, helping us seal a comfortable victory.

At the final whistle, we were presented with the Florida Cup, ensuring that a memorable 10-day trip to America ended on a high.

The big news before kick-off was the inclusion of Oleksandr Zinchenko, just a day after completing his transfer from Manchester City. He lined up at left-back, in a solid formation for this last match of our US tour.

Gabriel Jesus was the other summer signing to start, with Gabriel Martinelli, Martin Odegaard and Bukayo Saka supporting him up front.

Thomas Partey and Granit Xhaka were paired in midfield, Ben White started at right-back with William Saliba and Gabriel at the heart of the back four. Aaron Ramsdale started in goal.

The squad returned home just after the final whistle, for another week of pre-season training at London Colney ahead of the Emirates Cup against Sevilla next Saturday.

This game kicks off at 12.30pm and will be our last friendly before the start of the Premier League campaign on Friday August 5 at Crystal Palace.

Copyright 2022 Arsenal Football Club plc. Permission to use quotations from this article is granted subject to proper credit being given to www.arsenal.com as the source.