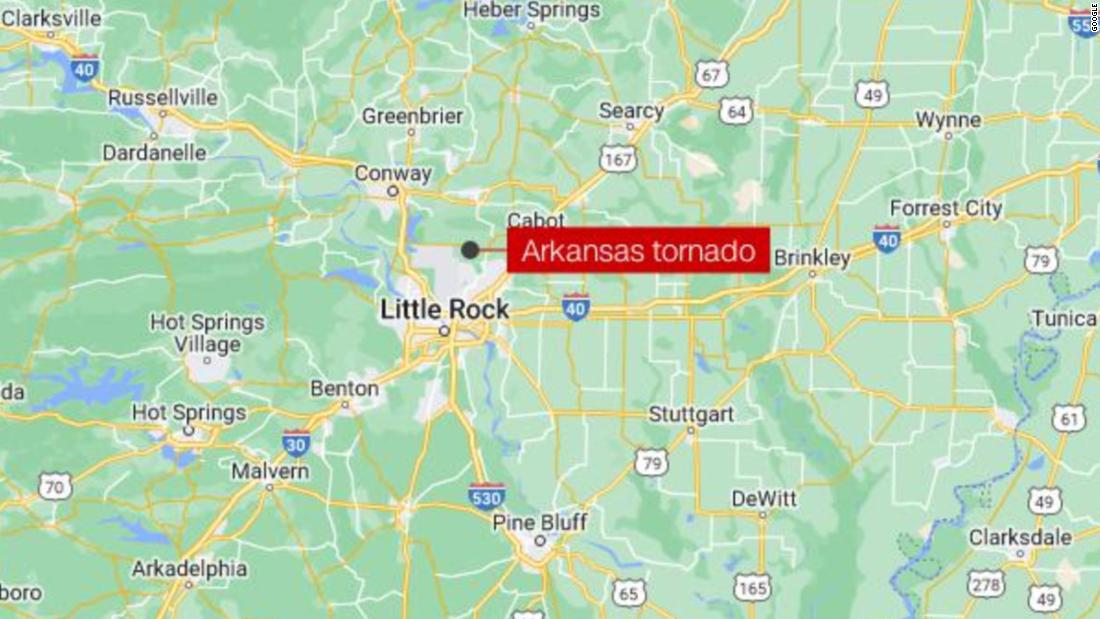 A tornado emergency has been declared by the National Weather Service office in Little Rock, Arkansas, for a confirmed large and destructive tornado.

“A large, extremely dangerous and potentially deadly tornado is on the ground,” the National Weather Service said in a tweet at 8:34 p.m. CT. “To protect your life, COVER NOW! »

The Weather Service said the tornado was reported by a spotter from Little Rock Air Force Base.

At 8:19 p.m. CT, the Weather Service reported the tornado was located over Olmstead, or near the airbase, moving east at 35 mph. Olmstead is approximately 15 miles north of downtown Little Rock.

As the storm system moved through the state, multiple tornado warnings were issued and the Weather Service’s Storm Prediction Center said there were five reports of a tornado in Arkansas.

There have been more than two dozen reports of hail in Arkansas and Oklahoma.

“Due to a power outage and some isolated flooding on campus, all classes are canceled on Tuesday, April 12. Campus will remain open and business operations will continue,” the university said in a tweet. The university is located in Conway, Arkansas, just over 30 miles north of Little Rock.

The weather service also released a violent storm watch for parts of Arkansas, Mississippi and Tennessee, including the city of Memphis, until 4 a.m.

This is a developing story and will be updated.