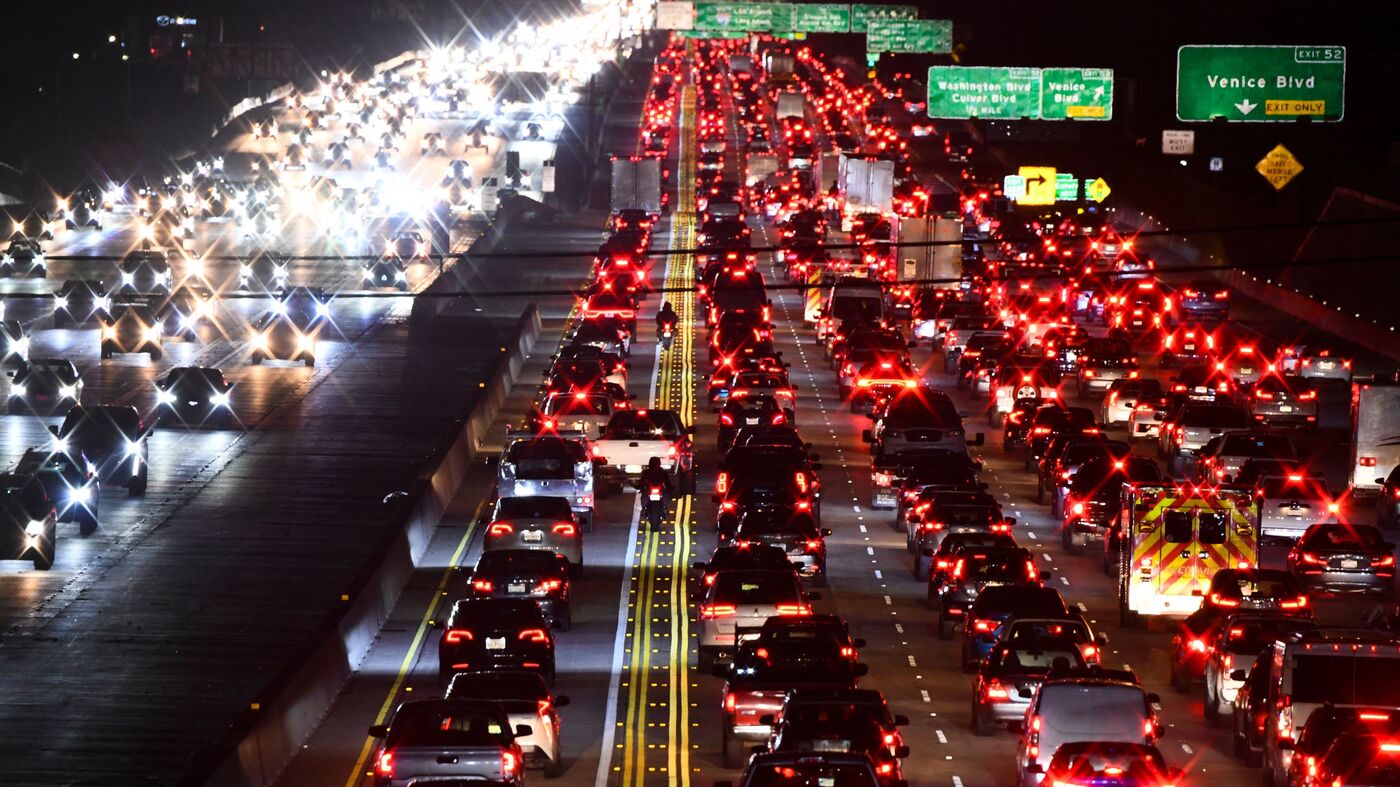 The 405 freeway during rush hour on March 10 in Los Angeles. Americans’ largest contribution to global greenhouse gas emissions comes from transportation, primarily cars and trucks, according to the federal government.

The 405 freeway during rush hour on March 10 in Los Angeles. Americans’ largest contribution to global greenhouse gas emissions comes from transportation, primarily cars and trucks, according to the federal government.

How much energy does it take to have a good and healthy life? A new study from Stanford University has found the response is far less than what the average American uses.

By comparing energy consumption and quality of life in 140 countries, the researchers found that the magic number is 75 gigajoules per year, or less. For context, one gigajoule of energy is equivalent to about eight gallons of gasoline.

Americans use 284 gigajoules per year per capita, nearly four times as much energy, according to the new research.

“It suggests to me that we could push energy consumption down in a bunch of hyper-consuming countries and not only create a more equitable world, but maybe make us healthier and happier,” the agency said. lead author and Professor of Earth System Science, Rob Jackson. .

The link between more energy and a better quality of life is established. According to the World Bank, around 759 million people worldwide lived without electricity and 2.6 billion without clean cooking fuel in 2019. This comes at a huge human cost. According to the World Health Organization, approximately four million people die each year from conditions caused by indoor air pollution from cooking fires. Access to electricity is essential to provide medical services and power modern economies.

But this study measured when those benefits plateau. Scientists looked at nine benchmarks for a long and healthy life, based on the United Nations Sustainable Development Goals: access to electricity, air quality, food supply, Gini coefficient (which measures wealth inequality ), happiness, infant mortality, life expectancy, prosperity, and sanitation. All except air quality peaked and began to stabilize at or below 75 gigajoules per year.

The researchers also discovered that there is already enough energy used for everyone on the planet to exceed this threshold, if shared equally. Based on current global energy consumption, there are 79 gigajoules used for every person on the planet.

“It’s not terribly difficult to conclude that Americans are generally not as efficient with their energy use as they could be,” said Sarah Ladislaw, managing director of the US program at RMI, a nonprofit organization. partisan push for the country to move to a cleaner economy. energy faster. But the good news, she said, is that “there is a huge amount of room for the United States to improve on this.”

There is no mechanism to redistribute energy equitably around the world and global energy needs are increasing.

Both Jackson and Ladislaw point to the changes that individuals and policy makers can make to reduce American consumption.

“The quickest and fastest thing you can do is take energy conservation and efficiency action,” Ladislaw said. This would not only help reduce greenhouse gas emissions, but alleviate the energy security crisis caused by the war in Ukraine, she continued.

At the individual level, changing household energy use behaviors could reduce residential energy demand in the United States by up to 20%, according to the International Energy Agency. Some examples include heating or cooling your home by zone, rather than setting everything to the same temperature, or using cold water to wash clothes and a clothesline to dry them.

Americans’ largest contribution to global greenhouse gas emissions comes from transportation, primarily cars and trucks, according to the federal government. It is also one of the two main drivers of energy consumption by sector, just after industrial use. Jackson pointed to the amount of air travel Americans take compared to other global citizens, as another place to reduce energy consumption.

Many approaches require a mix of the two, to incentivize individuals and businesses to invest upfront in equipment or technology that consumes less energy over time, Ladislaw said. She hopes the $1.2 trillion Infrastructure Investment and Jobs Act, which includes several provisions focused on reducing consumption, increasing efficiency and expanding access to renewable energy sources, will.

But, Ladislaw warned, many of these measures may encounter resistance at the local level.

“We need to stop saying, ‘Hey, we don’t really want a new bus rapid transit route’ or… ‘We don’t want X, Y, or Z infrastructure in our area’,” she said, while it is “in our longer-term interest to support this. Especially now that it is increasingly clear that these measures, and using less energy in general, have no negative impact on Americans leading happy, healthy lives.