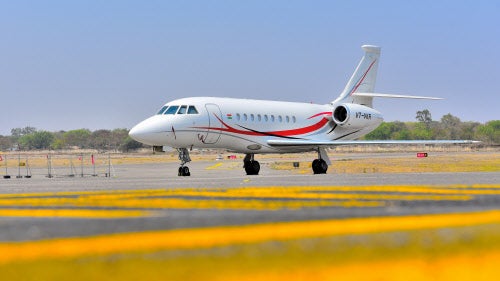 Airport operators Groupe ADP and GMR Airports, Airbus, Axens and Safran have signed a Memorandum of Understanding (MoU) to conduct a joint study on Sustainable Aviation Fuel (SAF) and its potential in India.

The study, conducted under the direction and coordination of Groupe ADP and GMR Airports and with the expertise of all partners, aims to understand and assess demand, supply issues and opportunities, infrastructure and refueling, as well as preparing a business case for the production and use of SAF in India for all kinds of aviation uses.

SAF is a clean substitute for fossil jet fuels. Rather than being refined from petroleum, it is produced from sustainable resources such as bio-based waste oils, agricultural residues, municipal solid waste or algae. SAF, produced using the most advanced pathways, can reduce carbon dioxide emissions by up to 85% over the entire SAF life cycle.

The study will be launched in the second quarter of 2022 and is expected to be completed within a year. It can be extended depending on all parties involved.

In India, already the 3rd largest domestic aviation market in the world and with an expected annual growth of around 9% in the future, the use of SAFs will be a key element in achieving carbon reduction targets and the country’s goal of net zero by 2070, set by Prime Minister Narendra Modi.

Given the crucial role of SAF, aviation stakeholders have felt the need to assess and map SAF requirements, raw material availability, fuel production technologies, logistics systems and infrastructure planning. airports in Indian airports and to prepare it for the future.

The joint SAF study will help the Indian aviation sector assess all these critical factors and prepare for the future. The study will also review the regulations in place and what changes could be necessary to allow SAF to take off in operations. It will also assess the business model and the feasibility of implementing a pilot project in a suitable location in India, which could be taken up in a second phase by the partners.

The aviation sector globally contributes 2-3% of carbon dioxide emissions compared to other sectors. In 2009, the aviation industry collectively agreed through the Air Transport Action Group (ATAG) on the world’s first set of industry-specific climate change targets. These goals include carbon-neutral growth from 2020 and achieving a 50% reduction in carbon emissions by 2050 from a 2005 baseline.

In 2021, ATAG commitments were modified to aim for Net Zero in 2050 to be consistent with the current global roadmaps defined in the Paris Agreement with the 1.5 degree temperature limit scenario Celsius. To achieve this ambitious goal for the aviation sector, ATAG has identified SAF as one of the most promising options.

The International Civil Aviation Organization (ICAO) has also highlighted the need for massive deployment of SAFs in its work on the recently adopted Long Term Aspirational Goals (LTAGs).

The above article was published by a news agency with minimal changes to the title and text.