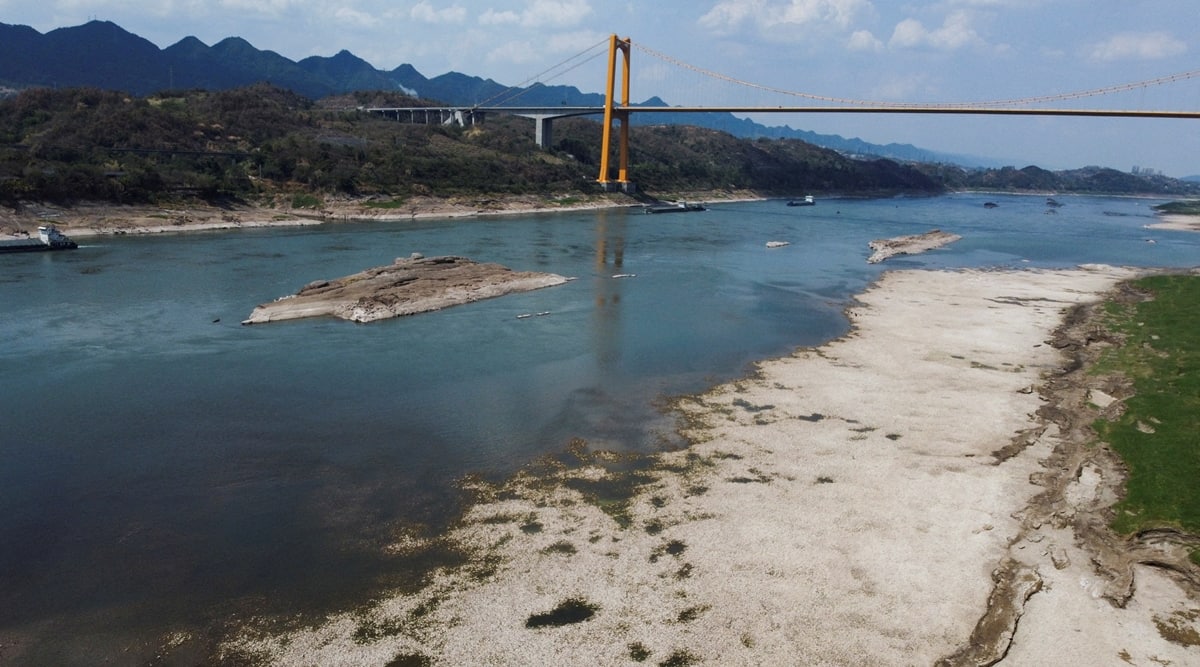 After a record-breaking heat wave that dried out large areas of the Yangtze basin, Chinese provinces plan to spend billions of dollars on new water infrastructure as they try to stave off the growing impact of extreme weather on the agriculture and hydropower.

Prolonged drought in southwestern China has exposed the vulnerability of hydropower-dependent regions such as Sichuan to falling water levels and disrupted power transmission to other parts of the country. .

With per capita water supply already only a quarter of the global average, authorities are also concerned about the impact of low rainfall on the upcoming autumn harvest, with some suggesting that 20% of China’s harvest could be affected.

“Due to strong extremes and worsening floods and droughts, the ability to store and transfer water becomes very important,” Mao Liuxi, an expert with the China Meteorological Administration, said during a meeting. recent teleconference.

The Ministry of Water Resources has already approved 25 major projects this year, with a total investment of 1.7 trillion yuan ($246 billion).

China has long relied on large-scale infrastructure projects to control its rivers. The giant Three Gorges Dam was designed not only to generate electricity but also to regulate the flow of the Yangtze, on which about a third of the population depends.

People sit in a shallow pool of water in the bed of the Jialing River, a tributary of the Yangtze, in southwest China’s Chongqing Municipality, Saturday, Aug. 20, 2022. (AP)

China has also set up the ambitious South-North Water Diversion Project, with canals now in place in eastern and central China to use the waters of the Yangtze to replenish the arid north.

“There’s a mentality that there’s always an engineering and infrastructure solution,” said David Shankman, a geographer at the University of Alabama who studies China’s water system. “They try to plan for the exceptional, but you can’t predict the future.”

With around 80% of Sichuan’s energy supply coming from hydroelectricity, the drought has forced authorities to shut down industries and ration electricity for households.

In response, China’s energy bureau said it would build more grid infrastructure and develop alternative energy sources. He also pledged to speed up the construction of more dams on the upper Yangtze.

In theory, building hydropower plants further upstream, especially in parts of Tibet where spring and summer ice melt could be diverted to reservoirs, could help even out seasonal changes in water flow.

China already stores huge amounts of water in its giant reservoirs and says they serve an important function in limiting flood damage during the rainy season.

But critics say the projects are expensive, environmentally damaging and remain at the mercy of unpredictable weather.

“Water engineering projects are neither the best nor the only solution,” he said.