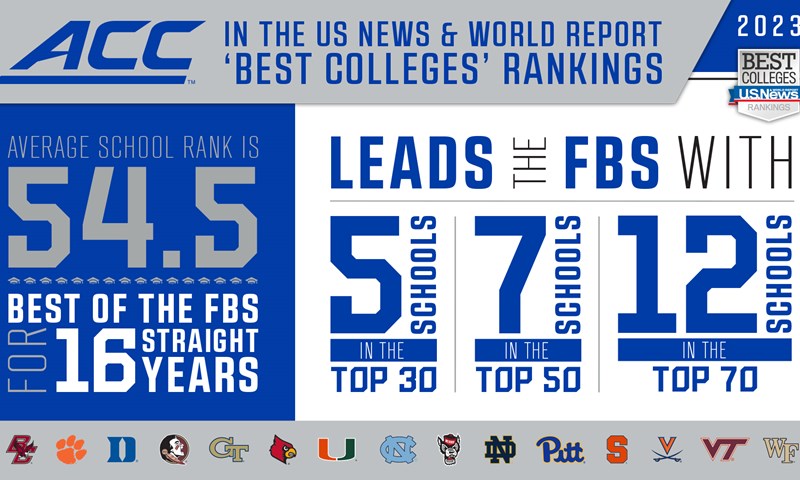 “ACC’s 15 world-class schools continue to shine as one of the finest collections of academic institutions within higher education,” said ACC Commissioner Jim Phillips, Ph.D. “Our schools’ commitment to excellence at all levels is clear and these spectacular rankings are just one example of the continued commitment.”

Notable in this year’s ranking: