A golden opportunity for female athletes at Birmingham 2022 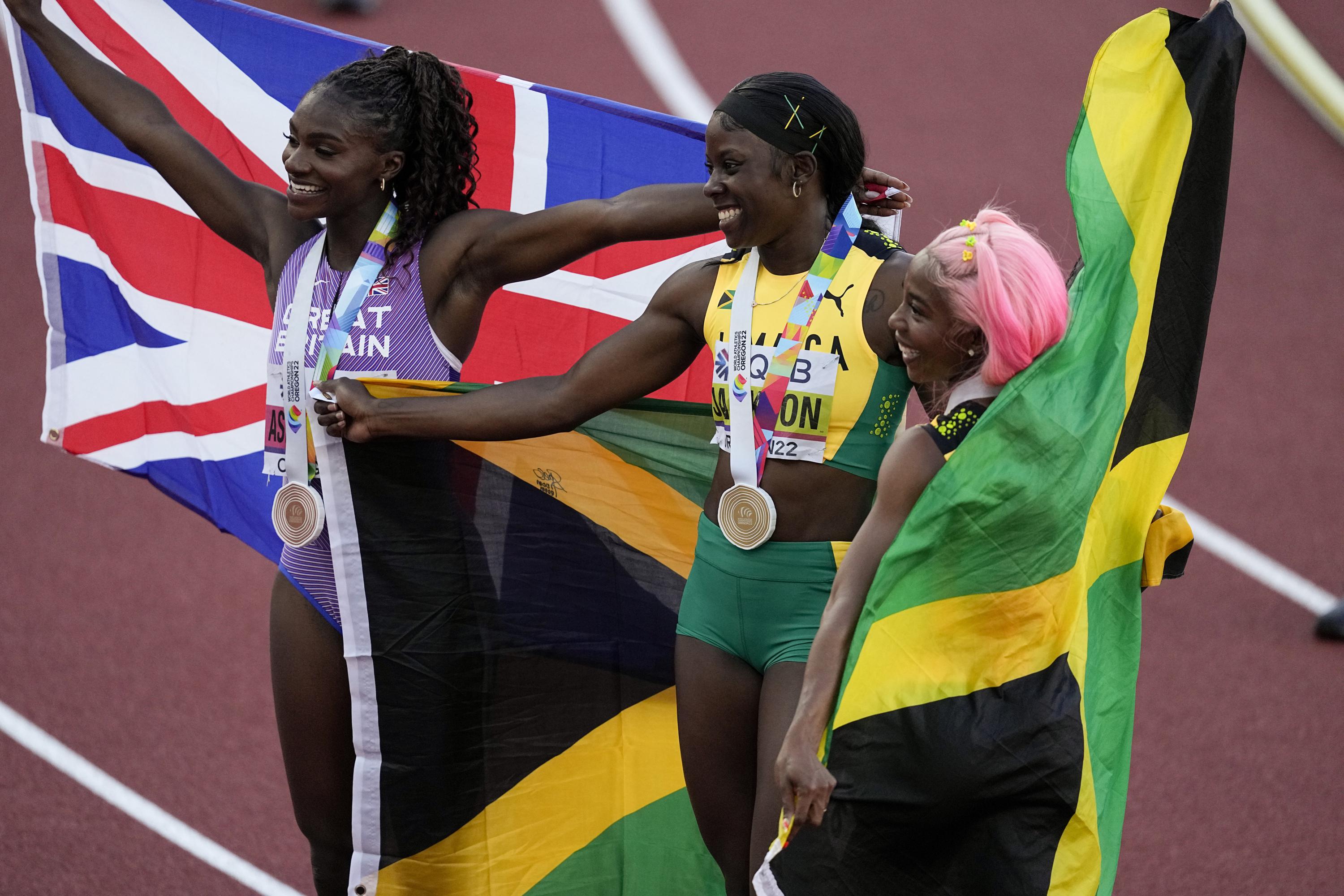 The long-established Commonwealth Games will bring something new.

The quadrennial event which opens on Thursday in Birmingham will be the first international multi-sport meet to host more medal-winning events for women than men, and takes place in tandem with its largest-ever para-sport programme.

There will be 136 gold medals awarded to the women, 134 to the men and 10 to the mixed events when the 11-day Commonwealth Games, which began in 1930 as the British Empire Games, are held in England for the third time.

Shelly-Ann Fraser-Pryce could be lining up for one, just weeks after winning the 100 meters at the World Championships in Eugene, Oregon.

Fraser-Pryce led a medal sweep for Jamaica in the 100m at the world championships ahead of Shericka Jackson and Elaine Thompson-Herah. She finished second to Jackson in the 200m, with Dina Asher-Smith of Great Britain taking bronze to prevent a back-to-back sprint sweep for Jamaica.

After finishing with a silver medal in the Jamaican women’s 4x100m relay, Fraser-Pryce posted a message to fans on Facebook: “See you at the Commonwealth Games in Birmingham!

Asher-Smith already started thinking about Birmingham when she won bronze in the 200m.

The Indian contingent suffered a setback on the eve of the Games, when Olympic javelin champion Neeraj Chopra pulled out of the squad after doctors recommended he focus on rehabilitation for the groin injury he suffered. suffered en route to a silver medal at the world championships last week.

“Needless to say, I’m hurt that I won’t be able to defend my title and miss another opportunity to represent the nation,” Chopra said in a statement posted to Twitter. “I am particularly disappointed to have lost the opportunity to be Team India’s flag bearer at the opening ceremony, an honor I was looking forward to.”

One of the highlights of the Games is the inclusion of women’s cricket for the first time, and World Cup champions Australia will be looking to build on their recent dominance.

The Australians are wondering if they will take part in the opening ceremony, the day before their big opener against India.

The opening ceremony ends at 10:30 p.m. and their first game on Friday begins at 11 a.m., with a large crowd expected in Edgbaston.

Australian coach Shelley Nitschke said on Tuesday the team’s priority was to continue their winning streak in big events.

“(There) is great motivation. This is the first,” she said. “We are really keen to do our best and hopefully add a gold medal to the mix.”

A medal is also the main objective for India, runners-up to Australia at the last T20 World Cup.

“This tournament is very important for us,” India captain Harmanpreet Kaur said. “This time we are playing for the medals. We grew up watching them… and this time we are happy to have opportunities to be part of this great event as well.

In swimming, England champion Adam Peaty will be aiming for a third Commonwealth Games gold medal in the 100m breaststroke when he returns to the pool after a broken foot forced him out of the World Aquatics Championships in Budapest in June.

The world record holder and Olympic champion is among a list of Commonwealth star swimmers in attendance.

Australia are expected to lead the way in the six-day encounter which begins on Friday.

The Australians were second in the medal standings at the World Championships last month and will be bolstered by the return of Olympic stars from Tokyo Emma McKeon and Ariarne Titmus.

But Australia will be without top backstroke Isaac Cooper, who was sacked from a recent training camp in France for disciplinary reasons including drug misuse.

Like all major events during the COVID-19 pandemic, there will be athletes among the approximately 5,000 participants from 72 nations or territories who will be affected by the coronavirus.

Commonwealth Games medical adviser Dr Peter Harcourt said around a dozen athletes a day had tested positive after arriving at the village after the 1,200 to 1,400 daily tests.

A positive coronavirus test does not automatically bar an athlete from competing. The decision will be made by each team’s medical staff based on a combination of factors including vaccination status and a Cycle Threshold (CT) to determine shedding levels.